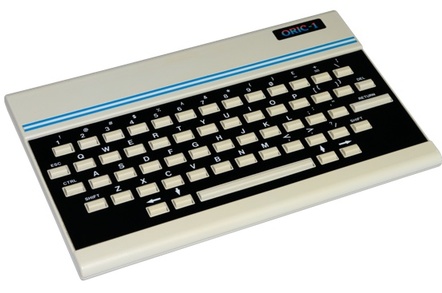 Archaeologic The Oric-1, which was formally launched 30 years ago this week, was produced with one thing in mind: to take on Sir Clive Sinclair at his own game. “The Oric is a competitor for the Spectrum,” one of Oric developer Tangerine Computer Systems’ software team, Paul Kaufman, emphatically told members of the press. “We are convinced that it is a better machine.”

The Spectrum was launched in April 1982 and its arrival brought home to John Tullis, then an executive director dropped into Tangerine by the company’s venture capital funding, that Tangerine’s future lay in the low-cost, £100-200 UK home computer market. 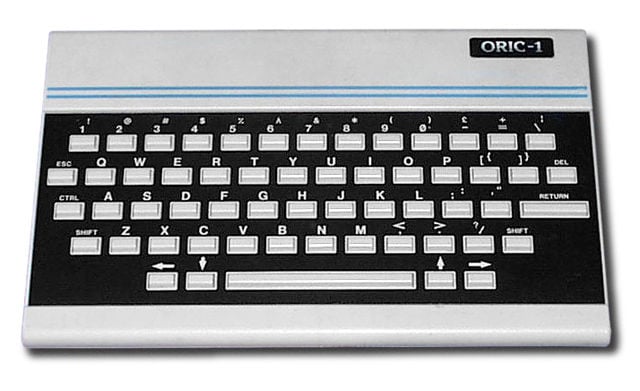 Tangerine was no stranger to the microcomputer arena. The company as it had become by 1982 had been established in October 1979 by Dr Paul Johnson and Barry Muncaster, both of whom were then working for Cambridge Consultants Ltd (CCL), the technology development and consultancy, Johnson as a hardware engineer employee, Muncaster as a PCB layout contractor.

Johnson, whose University of Bradford PhD was awarded for his research into high-speed analogue to digital converters for use in digital television, had already developed an adaptor to link microprocessor test rigs to video display units, which he made and sold to the University under the name Digital Designs in the mid-1970s. Digital Designs soon morphed into Tangerine with the assistance of Johnson’s former school friends Mark Rainer and Nigel Penton Tilbury. They released the video adaptor as the Tangerine 1648 - named after the 16 x 48 character screen it generated - as a side-line while they got on with their day-jobs.

In 1977, on the back of the 1648, Tangerine was hired to develop the video sub-system for the Nascom-1 micro then being developed on behalf of Nasco by Shelton Instruments’ Chris Shelton, who had close contacts with CCL. But when, two years later, Muncaster challenged Johnson to prove he could, as he had boasted, develop a full computer and get rich on the back of it for a £10,000 investment, the two acquired the Tangerine Computer Name from Johnson’s existing partners and reformed the company with Muncaster as MD, starting the new version with venture capital funding on 1 October 1979. The following year, Johnson quit CCL to work on Tangerine projects full time.

The upshot was the Microtan 65, a CMOS 6502-based motherboard system designed to slot into a large, rackmountable chassis or one of a series of backplane units, all of which could host one or more expansion boards. In addition to the 750kHz 6502, the Microtan was equipped with 1KB of Ram and 1KB of Rom, the latter containing the system’s monitor softwre, Tanbug, written by a Mike Rose, a pal of Johnson’s who was working for Sinclair at the time. The micro used a UHF modulator to present a 32 x 16 array of 8 x 8 pixel characters on a TV screen.

Tangerine also released the Tanex, an expansion board with space for up to 7KB of additional Ram, tape and serial interface ports, and six Rom slots for extra, system-resident apps, including a 6502 assembler and disassembler, and Microsoft Basic. Other boards, from hi-res graphics units to interface cards, would debut from Tangerine and from third-parties.

The basic Microtan board sold in kit form for £59.95 - the pre-built version was a tenner more, and was assembled by a ten-person in-house team of solderers - and it was aimed solidly at the home computer enthusiast, though Paul Johnson recalls that a fair few were acquired by universities, research labs and commercial entities, among them British Nuclear Fuels.

The 65 was launched in December 1979 and during its first two years on sale it built up a small but keen user base, eventually leading to the establishment of an in-house newsletter, the Tansoft Gazette, edited by Paul Kaufman. “I was a programmer at Shell working on massive databases full of North Seas geophysics survey results,” he remembers.

“I bought a Microtan, and I had problems getting the thing going. I was a constant pain in the arse to Tangerine because I was phoning them up all the time asking questions trying to find out more about how the thing worked. It was quite obvious they didn’t have anyone looking after the customers, just engineers. After I’d been a nuisance for quite I while, they actually called me up and offered me a job of looking after the customers. When I arrived I had six months’ of users’ letters to work through.” Kaufman recalls joining Tangerine toward the end of 1981, but he was being quoted in the press as a company spokesman as early as August.

Tangerine soon established a software arm, Tansoft, which was later accompanied by Tandata Marketing, set up to sell the Johnson-designed Tantel 170, a gadget for connecting a TV to BT’s online service, Prestel. It’s a device Johnson is still proud of, combining as it did a basic computer, teletext adaptor, PAL signal encoder and 75-1200 baud modem for just £170 plus VAT - at a time when a standard 1200 baud modem would have set you back £1500, he says. By September 1981, Tandata was claiming the Tantel had 78 per cent of the Prestel adaptor market. It then began to offer a version that connected computers to the BT service too. Tandata would eventually be sold, to Applied Petroleum.

In the meantime, Johnson - Tangerine’s sole hardware designer - had begun work on the Microtan 65’s successors. By now, Clive Sinclair’s Science of Cambridge had released the ZX80 and, a year later and under the new name Sinclair Research, the ZX81; Acorn had launched the Atom. All three machines and others of the time, Johnson maintains, contain TV-out circuitry inspired by his pioneering work on the Microtan. But, of course, no secret was made of the machine’s workings: his computer came with full schematics, as all kit-computers did back then. 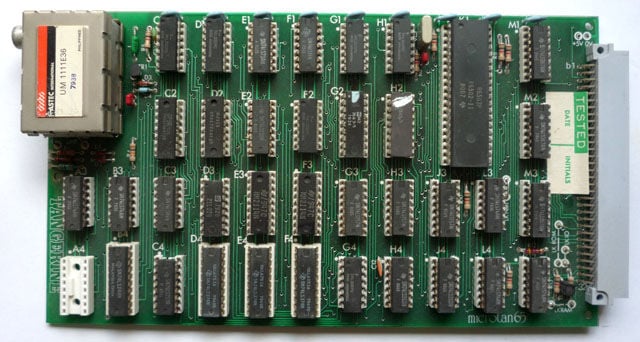 The Microtan 65 in its original, uncased form
Source: Alan at Microtan.UKPC.net

The machine that became the Oric was one successor to the 6502-based Microtan 65, but Johnson also created a larger, desktop system called the Tiger with the intention of breaking into the emerging business computer market, then centred on machines running Digital Research’s CP/M OS. Begun in 1981, the Tiger was a 4MHz Z80A-based machine which had two other CPUs on board, neither of them a 6502. Instead, while the Z80A ran the software, a 2MHz Motorola 6809 was assigned I/O duties and an NEC 7220 handled the graphics work. It had stacks of Ram: 64KB attached to the Z80A for CP/M, programs and data, and 96KB given over to the hi-res, 512 x 512 colour graphics sub-system, plus 2KB for the 6809. The bundled 14in colour monitor unit had space for two floppy disk drives which connected up to two of the Tiger’s three drive controller ports. It also had Centronics and a jack for its built-in modem. With its impressive graphics, the Tiger was aimed at graphical applications, such as CAD, making it a very early example of what became known as a workstation.

References to the Tiger begin to appear in the press in August 1981, but by the spring of 1982, John Tullis decided that the real opportunity in the UK computer market was not for a large desktop machines like the Microtan and the Tiger but small, cheap boxes for games players and enthusiasts. Then Sinclair followed up the ZX81 with the Spectrum, and Tullis suggested Tangerine direct its efforts to devise a low-cost games-centric colour machine to rival it.