Microsoft acknowledges the long and winding road ahead 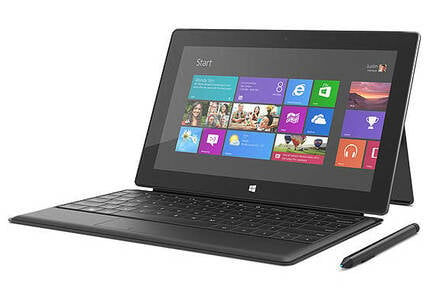 "It's early days, an ambitious endeavor like this takes time," he said. "We've learned a lot over the past quarter and reimagining the computer landscape takes time. We've taken the first of many steps."

On the face of it things look pretty good. Windows 8 sales are running at around the same level as those shown after the launch of Windows 7 he said, and the Windows division was Microsoft's star performer, even accounting for upgrade offer costs. Once those end for Windows 8 next month Microsoft will be looking for even more revenues to come.

Enterprise is spending to upgrade XP and Vista systems and over 60 per cent of enterprise PCs now run Windows 7 he said, with plenty of upgrade opportunities out there for the channel. Based on Redmond's feedback, enterprises like the slim PCS offered with Windows 8 and its manageability, but there was no specific data beyond the 60 million licenses sold figure.

Klein said Microsoft had underestimated the demand for Surface RT fondleslabs, to the extent that supplies had run short. The Surface Pro will launch next month, the RT tablet will go sale in an additional 14 countries and Microsoft is expanding its use of third-party retail channels.

The CFO acknowledged that a lack of apps is holding back the current Surface platform, as El Reg has pointed out, but said that Microsoft was addressing the issue. Redmond also faces a hardware issue, with not enough touch screen devices running Windows 8 on sale.

Klein was diplomatic enough not to blame OEM manufacturers directly for failing to build enough low-cost touch devices for consumers – he left that to Chris Suh, general manager of Investor Relations. "The consumer segment was most impacted," Suh said. "Demand exceeded supply for the limited amount of touch-screen devices available."

Microsoft can use the OEM market as a whipping boy all it likes, but the HPs, Dells and Lenovos of this world are understandably unwilling to spend too much time producing expensive kit no-one's buying while cash-strapped consumers are happy with cheaper, non-touch alternatives.

The PC-buying public still expects computers to get less expensive each year and shows little inclination to start paying more for their hardware. Having a touchscreen PC is nice, but there's no absolute reason to have one and Windows 8 isn't enough to get people thinking different on the matter.

As for Office, all eyes are on the forthcoming launch of the new build. Klein promised Office 2013 will add social tools to productive tools and throw Skype into the mix. The new version has aspects of the not-Metro interface that would prove popular he said, although that does rather depend on the number of people who choose to use the latest operating system.

On the enterprise side things look more cheery. Klein reported that moves towards hybridizing the server market were going well and that System Center and SQL Server saw impressive growth. Azure integration is going well and demand is strong on the communications software side he said.

Klein became particularly enthusiastic when talking about the number of multi-year licenses Redmond has signed. This comes in part from the aforementioned enterprise users building themselves around Server 2012 and gives Microsoft long-term revenues he said.

On the mobile phone operating front Microsoft had little to report. Sales of smartphones using the OS are four times last year's levels, but that's hardly a unanimous vote of confidence in a market or the growth rates Microsoft, and Nokia, are looking for.

All in all, then, it's a wait and see quarter. Microsoft's still very profitable, Windows looks somewhat promising and the back-end is holding up well. The markets will watch how well things develop with Windows 8 and the new Office platform, but Klein made clear Microsoft is playing the long game on this one.

"We delivered solid financial results for the second quarter. We have good product momentum in the market, and are excited about the opportunity to help our customers take advantage of the advancing trends in technology," he concluded. ®