Not sure how many SMEs suppliers working with gov either 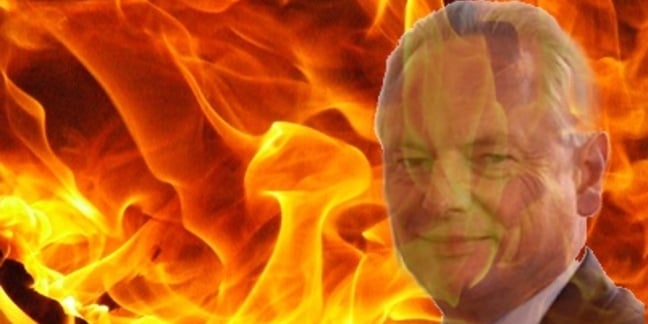 The National Audit Office has questioned the Cabinet Office's weighty ICT savings claims and revealed it still does not know how many small biz suppliers are winning public sector contracts.

Minister Francis Maude's merry band claims it saved taxpayers £702m on tech and comms spending in fiscal 2012 ended March - £354m through tighter spending controls and £348m by revisiting major supplier contracts, as has happened with Microsoft and others.

But the NAO claimed in a report today it could not verify the £348m figure being bandied about by central government, due to a "weakness in data" held by the Cabinet Office.

It seems it was unable to rubber-stamp those claims, an insider tells us.

The remaining £354m savings boasted by Cabinet Office (£145m saved due to control spend, £64m from sharing ICT services on the Public Services Network, and £144m due to centralised procurement) were also scrutinised by NAO, which said only £316m met its criteria.

Of this figure, NAO found 46 per cent were long-term savings that could be replicated each year, a third were likely to occur for more than one year but were not open-ended and 21 per cent of savings were based on spending plans that were halted in the year but could be resubmitted in future.

NAO said it had cast an eye over cost cutting initiatives including the Crown Commercial Representatives efforts to renegotiate major suppliers deals, shortening and simplifying of the tender process to make it more accessible to SMEs, moving to the cloud and applying open standards.

As revealed by The Channel - the actions of government in cancelling frameworks has cost SMEs cash, the adoption of cloud services under G-Cloud has been minimal and the Open Source community has often questioned the true appetite of public sector to break its reliance on proprietary software.

The Cabinet Office back in November set out a strategic supplier risk management policy - ways to assess serious or continued underperformance by key vendors.

The NAO said this will help Maude's office and other gov departments to understand the wider impact of ICT initiatives.

It said: "It is difficult for government to make changes with ICT suppliers when major contracts are not expiring for a few years.

"However, work is underway to reduce its dependency on single large-scale contracts. Until the Government Procurement Service data on ICT spend is complete, accurate baselines for a comparative analysis of spend across all ICT suppliers is not available," said the NAO.

Unsurprisingly, given actions to reduce ICT spending, the NAO found suppliers were "less positive" about their relationship with government in 2012 than in the previous year.

"They were frustrated at the slow pace of change and the focus on cost-cutting, rather than on exploring innovative opportunities to redesign digital public services," it said.

However, some Crown Commercial Representatives and CIO Delivery Board members identified a willingness to bend by other suppliers, said the NAO.

HP UK bigwig Nick Wilson last year told us government had targeted the easiest ways to save costs, and real reform of ICT was required to eke out the next round of cuts.

The NAO did concede, however, that the spend controls were "encouraging" departments to be more disciplined in scoping future ICT budgets and "preparing more feasible proposals for scrutiny".

The target for savings in fiscal 2013 is £440m, as set out by Cabinet Office in late 2011. According to the NAO, government already achieved unaudited savings of £410m by last October and is expected to save another £200m by the end of March.

Amyas Morse, head of the National Audit Office, said Cabinet Office made a good start on savings but needed to better assess the "impact and effectiveness of its ICT and procurement reform initiatives".

He added: "The big challenge will be to move from savings initiatives to achieving digital transformation of the civil service and the public services it provides."

A mouthpiece at the Cabinet Office said it was "pleased" the NAO had confirmed it saved taxpayers £316m in ICT spend but made no mention of the difference between the two sets of stats.

"ICT spending was so wasteful in the past, we also know that there is still a long way to go. We must accelerate the pace of change. That's why we are determined to fully open up government ICT to smaller, more innovative companies, and to embrace open source technology". ®

Cheshire Police celebrates three-year migration to Oracle Fusion by lobbing out tender for system to replace it... one year later