If this is death, pass the hemlock 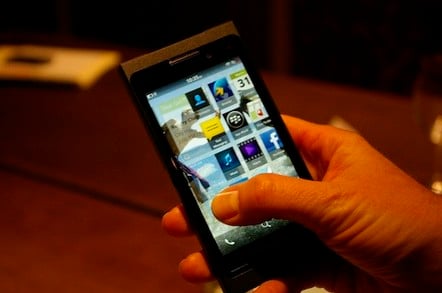 Developers have ported another 19,000 apps to BlackBerry 10, leading Research in Motion (RIM) to extend the deadline for its various programs aimed at encouraging coders to commit to its platform.

As we noted last week, a previous port-fest saw 15,000 apps readied for the new version of the other major fruity mobile operating system. The lure for developers is $US100 in hand for each app they port, plus a guarantee that if an app cracks $1,000 in sales RIM will guarantee $10,000 in revenue, making up the difference itself if needs be.

Those schemes appear to be working, as the company has extend the deadline for submitting newly-ported apps until February 8th. RIM's VP of developer relations Alec Saunders has blogged that the level of interest in the programs is “remarkable”.

Of course he would say that, wouldn't he? So it is hard to know if the scheme was always going to wind up last weekend or if a cunning plan was in place to demonstrate momentum and encourage laggards to have a go.

Either way, BlackBerry 10 seems set to launch with at least 34,000 apps, an impressive number for a new platform. Even Windows 8 (on the desktop) launched with only about 9,000.

RIM has bled market share in recent years, leading many observers to suggest Black Berry 10 is a bet the company release. With 34,000 apps in the can, it certainly doesn't look like a dying platform, nor does life as a zombie look entirely terrible. ®