Engineers are cold and dead inside, research shows

Unable to care or love 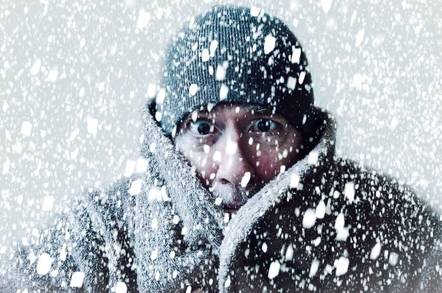 A study carried out by psychology researchers in Sweden has shown that people who go into engineering are less caring and empathetic than those who enter professions such as medicine.

Chato Rasoal and his colleagues determined this by surveying 200 students from six different study programs, using a "well-established questionnaire" which apparently reveals the degree of imagination, the ability to assume the perspective of others, and whether the subject cares about others.

The results were clear-cut, apparently: engineering students cared nothing for other human beings' feelings and had few of their own. They were cold-hearted and uncaring, remorseless human machines. By contrast the medical students were warm and bursting with empathy and love.

You might be speculating at this point that this is because a lot of medical students are women but hardly any engineering students are, and indeed Rasoal et al openly admit that "it's well known that women are more empathetic than men".

However this was taken into account while evaluating the results, and engineers still came out flinty and unfeeling compared to their fellow men (mostly fellow men).

However there's an intriguing footnote which may offer hope to some Reg readers, worried that the various people in their lives might be viewing them as empty-eyed, stony and dead inside.

Rasoal and his crew had broken down the engineering students into two groups: "applied physics" (ie mech, electronic, aero and such kinds of engineers) and "computer engineering".

The computing students, once gender effects had been eliminated, actually came out basically the same as medical and caring types: they had turned out to be normal, warm, caring human beings. It was in fact the physics-based classical engineers who were dead inside.

Obviously many Reg readers would fall more into the computing group, and as such need not fear that others find them cold, detached and emotionless.

We're aware that we also have many readers in the physics-based professions, but we needn't worry about them as they obviously won't care what anyone thinks of them or be able to see why they should.

Rasoal et al's research is published in the European Journal of Engineering Education, and an accompanying press release can be read here. ®