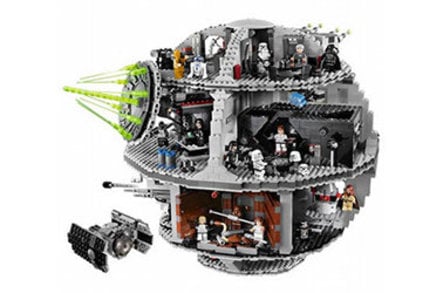 The Galactic Empire has welcomed the Obama administration’s decision not to build a Death Star.

In an press release issued by the Imperial Centre on Coruscant (aka the Star Wars blog), the Empire labels earth a “tiny, aggressive planet” and says the petition calling for a Death Star to be built were “bellicose demands”.

The Empire is therefore happy that Earth won’t go ahead with its Death Star project, as it confirms the ascendancy of the Imperial military/industrial complex and also means humanity is less likely to become a North-Korea-style rogue planet.

The press release quotes Governor Wilhuff Tarkin of the Outer Rim Territories as saying “It is doubtless that such a technological terror in the hands of so primitive a world would be used to upset the peace and sanctity of the citizens of the Galactic Empire."

“Such destructive power can only be wielded to protect and defend by so enlightened a leader as Emperor Palpatine.”

“Any attacks made upon such a station — should one ever be built — would be a useless gesture,” said Admiral Conan Motti of the Imperial Starfleet.

Just how the press release made its way through space and time to reach Earth mere days after the Obama administration's decision on a Death Star has not been explained. We'll happily assume the ability to transmit data from a long time ago in a Galaxy far, far away is possible thanks to as-yet-unexplained aspects of The Force. ®

Fear is the path to Disney. Fear leads to anger. Anger leads to hate. Hate leads to internet flamewars

'This isn't the petition response you're looking for'