Display unclips to work as a tablet 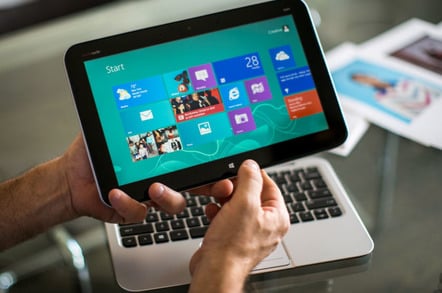 The flourishing market for tablet computers has left people wanting more. Those using tablets at work invariably end up buying a keyboard and regularly curse the limitations of a mobile operating system. Those using a Windows laptop at work often wish they could occasionally dispense with the keyboard for convenient touchscreen, hand-held use. 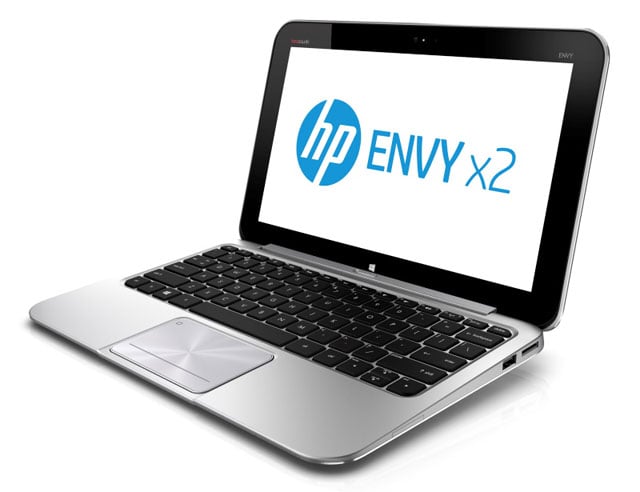 So after an autumn of tantalising prototypes, Windows 8 laptops with detachable tablet displays are finally arriving on the shelves. HP's ENVY x2 is one of the first.

Initially, the ENVY x2 looks like no more than a ruggedised, compact Ultrabook. That rugged feel is achieved by its strong but lightweight alloy casing, smooth edges and wide-radius curved corners. It is comfortable to carry in your hands, while the curvy design allows it to slip into a briefcase, messenger bag or backpack very neatly. 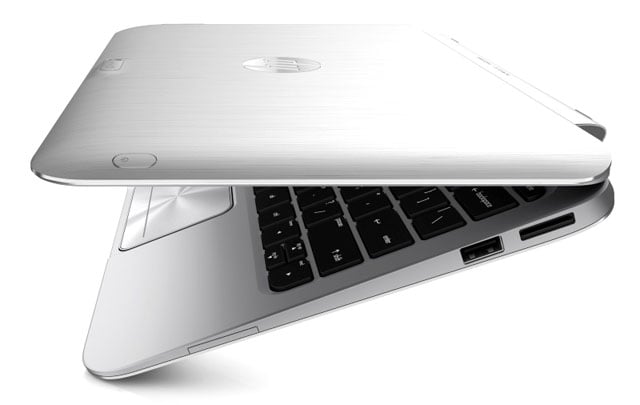 The keyboard base features most of the connectivity

Prise open the clamshell, press and hold the power button behind the display until it vibrates, and Windows 8 boots up in less than 30 seconds. Waking from Sleep mode is virtually instantaneous: try as I might, the split-second wake-up speed proved too fast to measure properly with a stopwatch.

The compact size of the unit, at roughly 30 x 20 cm, is determined by the 11.6in (29.5cm) diagonal display, surrounded by a wide 2cm bezel on all four edges. Despite its size, the display presents a conventional Ultrabook resolution of 1366 x 768 pixels, and its LED-backlit IPS technology supports very generous viewing angles. 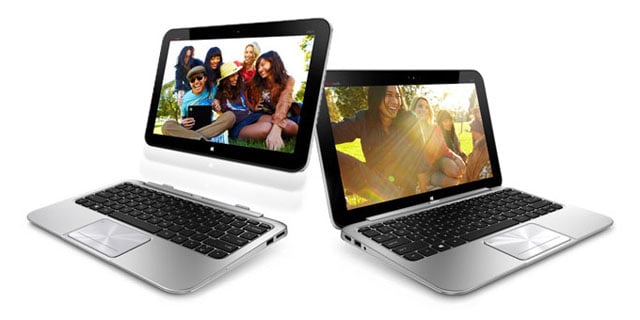 Good enough for typing and plenty of screen for tapping

The ENVY x2's base provides a compact but acceptably comfortable 80-key keyboard with an Fn key that doubles up the tiny Function keys to let you adjust screen brightness, audio volume and media playback. My only complaint would be that the cursor Up and Down keys are crammed too close together, and I frequently tapped the wrong one.

In front of the keyboard is a 9 x 5.5cm trackpad. The front edge is designated for left and right-click presses but the entire surface can be used for light-touch dragging and taps. HP assures me that the trackpad supports multitouch functions, and indeed there are Synaptics ClickPad drivers installed on the hard disk, but I could find no way of enabling or customising them. 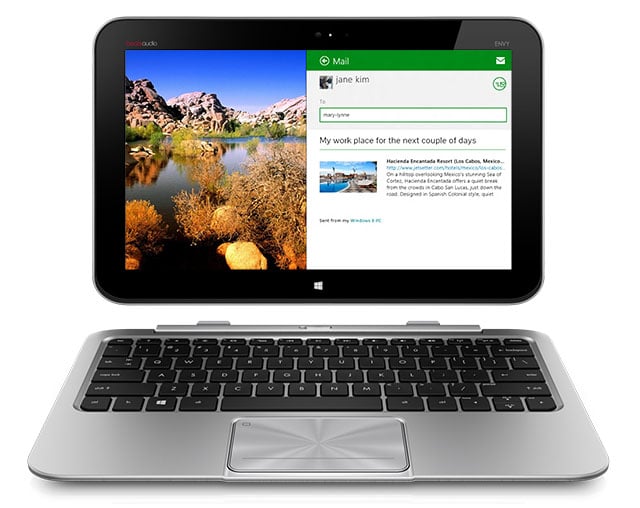 Touchscreen or trackpad? Whatever suits, as both are available when used as a laptop

Since the display itself is a touchscreen, you can use the trackpad and touchscreen in combination, which is particularly effective in Windows 8.

Energizer Hard Case H280S: A KaiOS-powered blower that can withstand a few knocks

Battery maker does phones too