Mirror, mirror in the glass house, who is the fairest hypervisor of all? 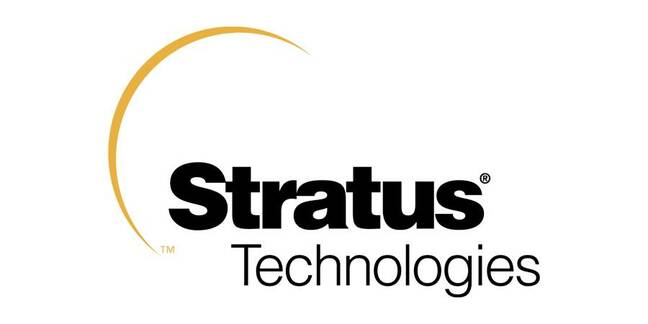 In some ways, server virtualization makes disaster recovery easier, less costly, and more approachable for a wider range of companies. And in others, it makes disaster recovery more important than ever because more virtual server eggs are running in a single physical server basket. No matter which way server virtualization cuts, fault tolerant server maker Stratus Technologies is keyed up to be supporting the latest ESXi 5.1 and related vSphere tools atop of its ftServer line.

The fault tolerant servers created through a partnership between Stratus and NEC have special electronics that hook into the Intel chipsets for Xeon processors to allow two server nodes to have their processing, memory, disk, and I/O all completely lockstepped. To the outside world, the mirrored machines look like a single box running a single operating system or hypervisor, and in the event of a hardware crash on one node in the cluster the remaining node continues processing without any downtime.

In the case of the latest ftServer machines from Stratus, which were announced last September, the "Gemini" fault tolerant lockstepping chipset created by NEC and Stratus is added onto Intel's C600 variant of the "Patsburg" chipset and the server is offered with different Xeon E5 CPUs and memory configurations to suit a number of different workloads.

That may not seem like a lot, given that the Xeon E5-2600 processors launched last March, which have higher clock speeds than those used in the ftServer line and with four memory channels per socket and three DIMMs per channel could have a total of 24 memory slots in a two-socket box spanning as much as 768GB. And when you can take four Xeon E5-4600 processors announced last May and have as many as 48 cores and 1.5TB of memory in a single system image, these ftServers seem kind of puny.

But here's the funny bit. Many customers are no doubt buying beefier and beefier x86 servers, with more cores and a lot more memory and network capacity, to try to cram as many virtual machines onto a single physical server – quad-socket servers are all the rage in China, according to Intel server queen Diane Bryant.

But according to Denny Lane, director of product marketing at Stratus, the minute a workload becomes mission critical and a company is willing to consider a fault tolerant server mirror, companies want to put as few workloads as possible on a machine. Even if they are using server virtualization to drive up the utilization on the machine.

What this means is haranguing Stratus about delivering a four-way ftServer 8800 (we made that number up) is probably not going to get you anywhere. But El Reg harangues Lane about it every time we get on the phone because, as we pointed out today, sometimes you want to virtualize a few really big workloads and then have fault tolerance on top of that – something you cannot do with the VMware vSphere stack by itself running on server clusters backed by storage area networks.

Stratus is just happy that the sixth-generation ftServers are ramping and that it finally has VMware's ESXi 5.1 hypervisor certified to run atop of them. "The sixth generation has the fastest ramp of any ftServer product in the ten years we have been shipping products," says Lane. Part of the reason is that there is pent up demand for fault tolerant hardware to run the latest ESXi hypervisor, which was announced last August.

The demand for fault tolerance underneath virtualization is using belts and suspenders to ensure uptime, and the two technologies are not mutually exclusive even if VMware and its partners sometimes want to give that impression.

VMware's own virtual machine fault tolerance and high availability software is not the same thing as hardware fault tolerance, and the fact remains, says Lane, that even with VMware's disaster recovery software in use, VMs often don't recover well from an underlying hardware crash, and when you do recover, there can be data loss and there is a restart time as well.

Virtualization is starting to take off big-time in the ftServer base for this very reason. About a year ago, about 75 per cent of ftServer sales were for standalone mirrored Windows systems, with Linux systems making up about 15 per cent and VMware's ESXi hypervisor making up the remaining 10 per cent. With the ramp of the new ftServer machines, it is more like 60 per cent Windows, 15 per cent Linux, and 25 per cent VMware ESXi.

Stratus has been supporting VMware hypervisors on its ftServers for a long time now, having started out with the GSX Server predecessor to ESX Server back in the dawn of time. That was a type 2 hypervisor that was hosted on top of Windows, while ESX Server and its successor ESXi are bare metal or type 1 hypervisors that run right on the metal.

Stratus doesn't always support every VMware release. It did ESX Server 3.0 but not 3.5, and did 4.0, and 5.0 but skipped 4.1. The 5.1 release is important because the VRAM memory tax was rescinded by VMware, making licensing a lot easier.

Incidentally, when you buy a sixth-gen ftServer, there is a license to vSphere Essentials, the basic ESXi hypervisor plus add-ons, that comes along with the machine, complements of Stratus. And at the moment, if you want a fault tolerant server from NEC, ESXi 5.1 is not supported.

The other thing that is driving ftServer sales aside from mission critical virtualized workloads back in the data center is the desire to provide higher availability out in remote offices.

At many Stratus shops, customers are building a "modern minicomputer" of sorts, spending on the order of $100,000 for the heftiest ftServer 6400 configurations to run their most important workloads, and then putting skinny ftServer 2700 configurations out in branch offices, which cost on the order of $15,000. This latter category is the hottest selling item among VMware customers buying ftServers, says Lane.

Still, there is some resistance to using fault tolerant hardware, even though an ftServer pair can cost about 25 per cent less than two servers backed by a SAN and running clustering software – and is easier to manage, too.

Some people think that fault tolerance is "old technology, according to Lane, and many VMware customers think incorrectly that VMware's vSphere extensions to the ESXi hypervisor address all downtime concerns. Still others are loathe to bring yet another hardware vendor into their IT shops, and there are some that simply believe that downtime is inevitable and acceptable.

"We're not going to replace everything in the data center, but we drop in very nicely," says Lane.

The wonder is why HP, Dell, or IBM don't resell these ftServer machines. There's too much money selling clustering software and VMware vSphere, it looks like. ®