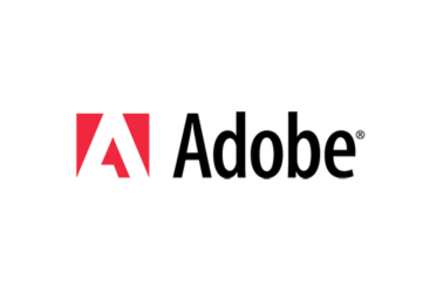 Creative types tired of forking out wads of cash to Adobe can now get their hands on its flagship Creative Suite for free.

The catch? It's only version 2.0 of the suite almost certainly won't run on a modern Mac.

News of the 'free' download for those with an Adobe.com account came to light yesterday, producing frenzied reports of free software for all.

The truth is rather more nuanced, as Adobe employee Dov Isaacs explains in this post in the Adobe forums, where he writes:

“You have heard wrong! Adobe is absolutely not providing free copies of CS2!

What is true is that Adobe is terminating the activation servers for CS2 and that for existing licensed users of CS2 who need to reinstall their software, copies of CS2 that don't require activation but do require valid serial numbers are available. (Special serial numbers are provided on the page for each product download.)

You are only legally entitled to download and install with that serial number if you have a valid license to the product!”

Later on in the same thread another Adobe staffer, Terri Stone, writes “I don't think you have to worry about Adobe coming after you for this ...”

Stone adds that Adobe plans to post an official statement about the situation once someone can be roused to do so.

For now, the fact that the download page remains up – when it's not crushed by the weight of download requests – is a statement of sorts about Adobe either not caring about the situation or chuckling about all the new emails it has scooped up from those signing up for an account to get their hands on its old products.

As for those products, the version of CS2 on was released in April 2005, the year Apple announced its intention to drop PowerPC CPUs and move to Intel processors but before Intel-powered Macs started to appear. Subsequent versions of MacOS included Rosetta, a PowerPC emulator that allowed applications written for the CPU to run on Intel-based Macs.

But Apple phased out Rosetta starting with MacOS X 10.6, aka Snow Leopard, in which the software was an option rather than a pre-installed core part of the OS. By Mac OS X 10.7, aka Lion, Rosetta was gone and Macs could no longer run PowerPC code unless users were prepared to acquire an emulator of their own.

The free version of CS2 on offer, Vulture South can attest, is PowerPC code and will therefore almost certainly be useless to anyone who acquired their Mac after the 2009 introduction of Snow Leopard.

We've not been able to test the Windows version (Vulture South's Windows 8 partition has been sacrificed) but there seems little reason to assume it won't run on Microsoft's more recent operating systems, given Redmond's fondness for backwards-compatibility.

Adobe, however, is usually pretty tight with Intel when it comes to making sure its software can tap into Chipzilla's latest enhancements for image processing. With the version of CS2 on offer being nearly eight years old, several generations of graphics-speeding goodness are probably unavailable.

File formats may present another challenge, as Adobe has changed some over the years, which could make for some awkward moments for those hoping the free download will be a productivity boon if the output of their new software is hard to read with more recent software.

Canny Reg readers will therefore realise that their download allowances may well be better spent on free tools like The GIMP. ®