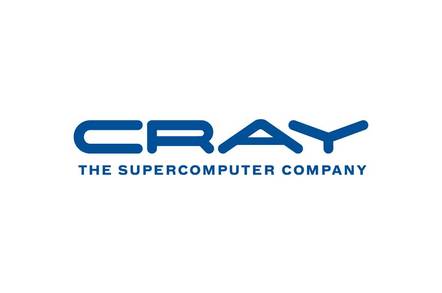 Cray has been absolutely clear that the multi-petaflopping "Blue Waters" and "Titan" supercomputers being installed respectively at the University of Illinois and Oak Ridge National Laboratory might not both be accepted before the end of 2012, and therefore not have their revenue booked in that fiscal year. Cray has now warned Wall Street that Titan is still not accepted by Oak Ridge, and this has obviously had a dramatic effect on its financial results for last year.

The bean counters are not yet finished going over the books, but in the interest of full disclosure, Cray put out a statement before Wall Street opened for business on Friday that warned investors the Oak Ridge deal is still not completely done, and that provided preliminary financial results for last year and a bit of guidance for this year.

Cray now says that it will have total revenue of around $420m for 2012, and less than $1m of that will come from deals that former rival supercomputer Appro International has done since being acquired by Cray back in November for $25m in cash.

Cray had $232.2m in revenues in the first three quarters of 2012, boosted by some big deals that slipped from Q4 2011 to Q1 2012. Back in November, when Cray gave guidance for 2012's full year sales, CFO Brian Henry said the Blue Waters supercomputer, which is based on a mix of its hybrid XK6 system marrying Opteron CPUs to Nvidia GPUs and plain-Opteron XE6 nodes, could contribute as much as $150m to 2012 revenues. Henry also said that if both Titan and Blue Waters were accepted, revenues for all of 2012 would have fallen to between $430m and $450m.

Clearly, Cray hustled in the fourth quarter to make up for the gaping hole left when the Titan super at Oak Ridge, also based on the XK7 hybrid, slipped out to 2013, since the revenue shortfall is only on the order of $30m. (Assuming, of course, the peak $450m guidance was for both Blue Waters and Titan coming in for the maximum revenue possible in before December came to an end.)

It is not clear how much sales of the new "Cascade" XC30 supercomputer, announced in early November helped in Q4. Cray had six early-ship customers for the XC30, which sports the new "Aries" interconnect that Intel bought the rights to last year for $140m.

Development of the Cascade machines was funded by the US Defense Advanced Research Projects Agency (DARPA). The interconnect links through the on-chip PCI-Express ports on Xeon E5 processors can be used to lash both Intel Xeon Phi and Nvidia Tesla GPU coprocessors into a 100-petaflops behemoth.

In an 8K filing at the end of November with the US Securities and Exchange Commission, Cray said that the final milestone for the DARPA development contract for Cascade had been passed, but it was only worth $5.5m instead of $7m. This does not affect Cray's topline, however, since the DARPA money is booked as an offset against research and development, not as revenue.

If you do the math, fourth quarter sales at Cray came in at around $188m, which is coincidentally the value of the 10-petaflops Blue Waters system contract – but that coincidence doesn't mean anything.

NCSA is not providing Linpack benchmarks for its XK7-based Blue Waters system, and so the system will not be on the Top500 supercomputer rankings. It has a peak theoretical performance of 11.5 petaflops.

Neither Cray nor Oak Ridge have released the price for the much larger 27-petaflops Titan supercomputer, but this was an upgrade of the existing "Jaguar" system, not a shiny new machine as at the National Center for Supercomputing Applications at the University of Illinois. So it is hard to reckon what Oak Ridge will pay. Presumably an upgrade from an XE6 to an XK7 costs less than for a brand new XK7 box.

Cray ended the quarter with $320m in cash and investments, bolstered by the Blue Waters deal and the $139m net it got from the Intel deal for the Aries interconnect. Cray said that it expects to complete the upgrade to the Titan XK7 machine at Oak Ridge and complete the acceptance process during the first half of 2013. The company did not elaborate on what was slowing down the process.

The supercomputer maker said that it expects for revenues in 2013 to be around $500m, once again with deals being heavily back-ended into the end of the year. The current forecast shows about $60m in revenue in the first quarter and around $225m in the fourth quarter, leaving the remaining $215m to be spread across the second and third quarters.

Cray said further that its gross margins this year would be in the mid-30 per cent range, with $10m in amortization of Appro International assets and stock-based compensation, and operating expenses of around $160m (up 33 per cent from 2012). Cray said it would be "solidly profitable" in 2012, even not including the gain on the Aries asset sale to Intel, and would be profitable in 2013 as well. How much, the company has not yet said. ®