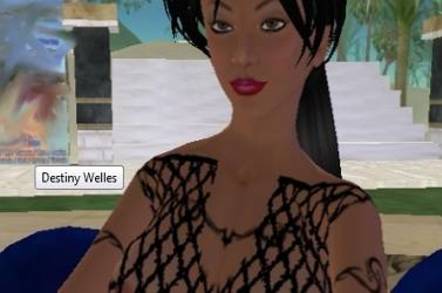 Virtual women are more likely to be naked than virtual men, researchers at the Canadian University of Laval have revealed, after publishing a scientific paper on the topic.

An analysis of nudity in Second Life led the Canadian duo Anna Lomanowska, a psychologistm and Matthieu Guitton, a neuroscientist who specialises in "virtual humans, and human behavior in virtual spaces", to conclude that females on Second Life showed more skin than the men did.

The paper 'Virtually Naked: Virtual Environment Reveals Sex-Dependent Nature of Skin Disclosure' was published in the online journal PLoS One. In it, the authors state the difficulty for researchers in discovering why and when humans get naked, because constraints such as environmental and social factors make the naked impulse hard to isolate.

Isolating on a large scale the spontaneous human tendency to reveal naked skin has remained impossible.

Their solution was to measure nudity on Second Life.

After studying 400 avatars they found that virtual women wear skimpier clothes than men: 71 per cent of male avatars covered between 75-100 per cent of their skin, while only 5 per cent of females did.

Some 47 per cent of the virtual females they studied covered between 25-49% of their skin, compared to 9 per cent of males. It was unknown whether the female avatars were created by men or women, but the researchers say they factored possible sex-swapping into their statistics. Somehow.

The Canadian eggheads also found the skin baring to be unrelated to the physical attractiveness of the virtual women. They measured the physical attractiveness of the Second Life avatars by measuring the waist-chest ratios for females, and the shoulder-waist ratios for men. The researchers suggested that the avatar clothing choice may have something to do with the representation of women online generally: "one explanation for this sex difference in skin disclosure could be hypersexualization of female virtual representations".

The study authors hope their valuable research will provide a springboard for more important work in the area:

These findings have implications for understanding how sex specific aspects of skin disclosure influence human social interactions in both virtual and real settings.

Canadian taxpayers may be pleased to know that the work was supported by a grant from the Natural Sciences and Engineering Research Council of Canada. ®

Virtually Naked: Virtual Environment Reveals Sex-Dependent Nature of Skin Disclosure, by Lomanowska AM and Guitton MJ is published on PLoS One on 26th December 2012