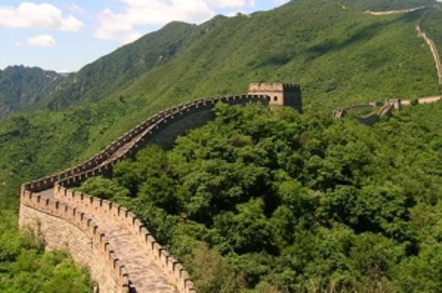 Apple has adopted HTTPS for searches and downloads on the version of iTunes used in China. The move comes at a time when China's government prepares to step up regulation of online app stores and continues its crackdown on VPNs.

Greatfirewall.org, which tests blocked URLs and popular web platforms to provide info on censorship in China, blogged on Thursday that the switch to HTTPS has effectively enabled Apple to bypass the Great Firewall, for now.

“Before this adoption, searching for certain keywords such as ‘vpn’ would lead to a connection reset on iTunes and visiting the page for certain apps, such as VPN Express would also cause a reset, which means there is no way for users in China to search for or download certain apps even if they are available in China App Store,” it said.

“But because now HTTPS is implemented by Apple on almost all connection to iTunes server, Great Firewall of China has no way to selectively block connection to certain contents. A test to the same link mentioned above with HTTPS protocol yields no censorship.”

It’s still unclear exactly when Apple made the switch to HTTPS but last week the government signalled its intent for the first time to begin regulating the online application market.

This will involve forcing operators of mobile app stores to acquire a license before they can sell online and could potentially extend to real name registration rules for developers and some form of regulation for the apps themselves, according to the state-run Global Times.

It’s being done in the name of the “healthy development” of the mobile internet, and to be fair China does have a big problem with malware-ridden apps and dodgy third party stores, but raises the fear that it will also be used to extend the suppression of freedom of expression into yet another sphere.

The news also comes as the authorities appear to be taking a harder stance on VPNs – the main means by which netizens inside the Great Firewall access banned content. As early as a week ago reports came in that various VPN providers such as Astrill and StrongVPN had been deliberately disrupted for users inside China.