There's no Pinball in Win 8 either, and look how well it's going 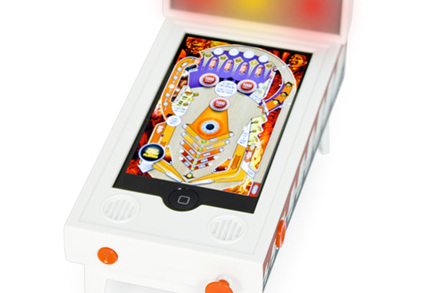 Pinball, the popular game shipped with desktop versions of Windows from 32-bit Windows 95 to XP, didn’t make it into Windows Vista because Microsoft just didn’t have the time to port its code into a 64-bit version.

So says Raymond Chen, author of MSDN Blog The Old New Thing and a long-time member of the Windows Development team.

Chen has penned a post on the matter, responding to rumours a legal SNAFU caused the game’s omission. That thinking derives from the fact that Microsoft didn’t write the game: an outfit called Cinematronics did.

Chen says Microsoft had the source code and tried to convert it to 64-bit code for Vista’s release, but ran out of time because just preparing Vista was enough of a chore.

“One of the things I did in Windows XP was port several millions of lines of code from 32-bit to 64-bit Windows so that we could ship Windows XP 64-bit Edition,” Chen writes.

That work included a Pinball port, but “The 64-bit version of Pinball had a pretty nasty bug where the ball would simply pass through other objects like a ghost.” Chen says, adding that “ nobody at Microsoft ever understood how the code worked (much less still understood it), and that most of the code was completely uncommented, we simply couldn't figure out why the collision detector was not working. Heck, we couldn't even find the collision detector!”

Chen did, however, have “several million lines of code still to port” and not enough time in which to play with Pinball. “We just made the executive decision right there to drop Pinball from the product,” he says.

Vista then more-or-less flopped. It’s not reasonable to blame that flop on the absence of Pinball. But then again, there’s no Pinball to be seen in Windows 8 either, and look how well that’s going … ®

Not even if you've got lots of cash…