So, you want to get closer to the workers with social media? 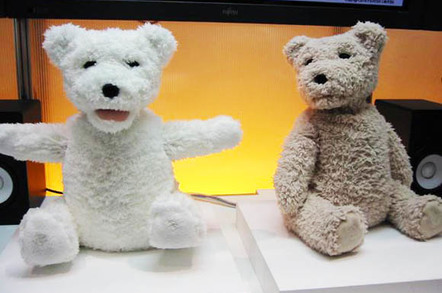 We often hear how social networking has the potential to revolutionise the way we communicate and collaborate in business.

People like to gossip, to share information, to argue and to chat, and will use whichever media are available to do so. For proof, we need only consider the inexorable rise of services such as Facebook and Twitter.

The corporate world is still working out how it engages with these public platforms. Companies have social customer relationship management strategies complete with carefully managed Facebook pages and sanctioned Twitter streams, but how successful these have been is a matter of debate.

Research from IBM this year showed that business and consumers have very different expectations of what brands ought to be doing on social media. People use these services to keep in touch with friends and family and to access news and entertainment, but not necessarily to interact with brands.

So is social networking useful only in our personal lives? Not at all, says Marc Wright, chairman of internal communications consultancy the simplygroup.

He argues that instead of looking outwards, companies need to put social media to work inside the business. Bonus points will be awarded for doing so without trying to do everything at once or getting your information networks so tangled you end up publishing your finances on Facebook.

Like external social media, it all began unofficially. “People started using the external tools such as forums independently,” says Wright.

“Initially, a lot of internal comms people were worried – they saw it as a loss of control. A few of the more enlightened companies figured out that it was a good thing, and those who didn’t get on top of it started seeing problems emerging.”

For example, a group of employees might set up a forum to discuss HR issues. An employee might post a question about the company car allowance scheme. He or she is going to get a ton of information in response but has no way of knowing which bits are accurate.

That is why the business has to step in: to maintain the quality of the information being discussed, rather than to control the conversation.

There is a fine line to be walked here. An official social stream or forum must be useful or people won’t join, and it has to allow open discussion or they will leave and do their own thing. Management cannot over-manage things or it will find itself cut out of the loop.

For example, UPS drivers chat about their work endlessly on their forum www.browncafe.com, but this is an unofficial, unendorsed site and UPS doesn’t get to set the tone.

As well as balancing how much input a company should have in less formal discussion areas, internal comms people also need to consider which kinds of projects will benefit most immediately from having a social aspect.

Wright argues that the best place to start is recognising what social networking does well externally, matching that to different areas of your business and putting it to work.

“Internal social networking does three things well. It can broadcast, both broadly and in a more targeted way, based on people’s interests and streams. It adds a useful extra dimension to transactions such as room booking, claiming expenses or holiday booking. And, most importantly, it allows and supports collaboration,” he says.

This means that instead of just having “yes” or” no” options, there ought to be a third choice, “discuss”, which allows employees to ask for official input on things such as expenses claims, at last answering the age-old “can I claim for this?” poser.

For the CEO, it means allowing unapproved comments and discussion. This has the benefit of making people feel properly engaged with the messages from on high, but also gives the management an insight into the company mood.

For example, when Nokia CEO Stephen Elop wanted feedback about how best to move the business forward during a particularly turbulent year, he put out a company-wide call for thoughts and suggestions using the Town Hall feature of Socialcast.

He certainly got what he wanted, with many of the company’s engineers chipping in as only engineers can.

According to Martin Blackmore, VMware’s EMEA director sales for applications, the top tier of the company was able to hear from the rank and file in a way that is often hampered by the layers of corporate insulation that can build up in large organisations.

“It becomes very transparent. It means you don’t hear only the prettied-up version of what people think,” he says.

Projects that stretch across departments and countries in a global organisation, meanwhile, could get back some of the immediacy of a smaller, less dispersed organisation, supported by online, real-time group discussions that are more flexible and accessible than email.

“Back in the 60s, 70s and even 80s, a car manufacturer might have had all its designers working in the same room,” Blackmore says.

“Now, people are working across different countries and even continents. We’re trying to collapse that back so that the gearbox guy can really talk to the engine guy again.”

Equally, companies need to be aware of what information is going where. External and internal comms need to get together to make sure everyone knows what is going on.

“It can get quite porous between the two departments,” Wright cautions.

“We usually do a bootcamp with both teams, going over things like culture and geography. What works in New York might not go down so well in the Middle East office.”

He adds: “The arrival of social networking as a business tool has completely revolutionised internal communications. It has been like a bomb going off – a bit like the effect of external social media on the traditional media.”

As for various advantages and disadvantages of using different tools, he says: “I suspect a unified, integrated approach is going to work best.” ®

Mind you, they're doing all right on basic B2B phone lines