Are you ready for the 40-zettabyte year?

IDC gazes at its balls 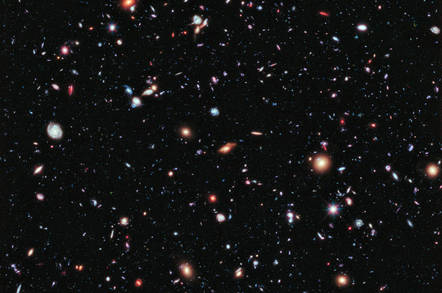 An IDC study sponsored by storage giant EMC tells us that, surprise, we need to buy more storage because the digital universe will reach 40 zettabytes by 2020.

That's 40 trillion gigabytes and is estimated to be all the data created, replicated and consumed in that year. It's the result of the amount of digital information in the world roughly doubling every two years between now and 2020. Growth seems to be slowing because last year IDC and EMC said the digital universe was sized at 1.8ZB and doubling that every two years gets us this:-

As we all know EMC is hot on storing data, big data analytics and data security. Remembering which side of its bread is buttered, and, indeed, who is buttering its bread, IDC pointed out in its annual zettabyte crystal ball gazing that only 0.4 per cent of the world's data is being analysed - and CIOs should harness their information rather than being paralysed by it.

IDC said that more and more data in the digital universe needs protection. Less than 33 per cent of it needed protecting in 2010, when there was less than a zettabyte of the stuff, but 40 per cent will need protecting in 2020, meaning 16ZB of hardened storage gear. That ought to keep EMC sales reps' children well fed. ®