What killed Motorola? Not Google! It was Moto's dire software

What Motorola failed to do was spot the turning tide in what people wanted; it became a time when, for instance, you bought computer games on the strength of who wrote them: if Minter, MacLean or Molyneux was on the tin, you stumped up the dosh. The result was none of Motorola's great talent wanted to work for the company. Why program for a dull Midwest company when you can go to the Bay area and be fêted?

Christian Lindholm at Nokia saw this and started using psychologists to understand what people expected phones to do. Motorola developed software it called Personality, which allowed users to configure their primitive handsets the way they wanted. But the code struggled to keep up on the manufacturer's MicroTac phones so a plan was hatched: a new elegant platform, something like an operating system, would sit between the user and the firmware that did all the real work of controlling the radio and the UI. And so Platform 2000 was born, and sitting atop P2K was the Synergy user interface. This combination was to be the future for Motorola’s phones from analogue and US TDMA to CDMA and GSM - one platform to unite all devices.

To shortcut the development time, the new software wasn't written from scratch but based on the existing Personality code. It didn’t come soon enough. 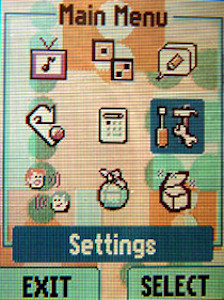 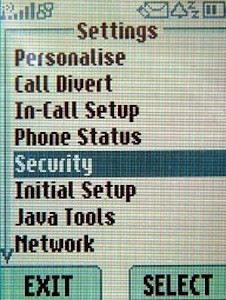 Remember how phones used to look? The Synergy user interface in 2002

Phones scheduled to be on the new platform started to run late. Quick kludges were implemented to get gear shipped with the software. One phone would be shipped with new features banged in but written in a way that could not be absorbed back into the operating system's mainline source code. This prevented other phones from easily including the feature: there was no time to redo what had been hacked together for other hardware.

The software forked like crazy. Building a version of the OS for each new phone became a major undertaking. A colour-screen GSM phone with photos in its address book could not pass along this feature to other devices.

At the same time, requirements soared: Moto's software engineers needed to add support for colour screens, cameras and Java. In 2001 there were still awkward limitations in the system, such as the inability to detect more than one button on the keypad being pressed at once – something games needed if the player wanted to move and fire at the same time.

More and more development resources were thrown at P2K with thousands of people working on it. The failure to manage the operating system programmers meant they churned out stuff like crazy, bits of source code were lost, and eventually the platform became less like physics - where you know what will happen given a set of inputs - and more like biology - where you inject a drug and see what happens. No one wanted to make changes fearing what might break.

The solution adopted by the product development teams was to avoid P2K altogether and commission outside device manufacturers to make handsets using their own operating systems that were similar to P2K but did what the product managers wanted. Competition meant that a large number of these external electronics companies were used, each with their own software base. All the user interfaces had to look like Synergy. Keeping all the phones working in the same way became a nightmare. A simple change, such as adding a field to an address book, would have to be added to 20 code repositories and had a 36-month lead time.

Source code changes became such an overhead there were huge company processes put in place to make sure that everyone really wanted a change before it was implemented. The software requirements conference call was broken into a number of features, with fifty people invited to the daily call of an hour and a half, except on Fridays.

Motorola tried to redress this with the purchase of TTPCom for $193m in 2006. The prize here was Ajar: the not-quite-open-software platform aimed at low-end phones. Handled correctly this could have saved Motorola’s low-end business.

Unfortunately, TTPCom gobble was the brainwave of Moto's chief technology officer. The people who actually made phones – the product team vice-presidents - were so battle-scared from dealing with Motorola’s in-house software, they didn’t trust Ajar and preferred to use the proprietary operating systems built by the outside contractors, the original device manufacturers (ODMs).

For example, an ODM was told to build a product using either its own feature-phone OS or an Ajar-Synergy combination - whichever one could be done on time and to budget and looked like Synergy. If the ODM used its proprietary system, it would get royalties on each phone. If it used Ajar, it would not.

It was never a fair fight, made worse by the decision to take Ajar - a smart flexible multi-threaded OS - and port Synergy to it, running the whole environment as a single thread, effectively an OS within an OS. This was powered by a 50MHz ARM7. The memory budget went through the roof, it crawled along, and Ajar's reputation was tarnished within Motorola.

(If I sound bitter it’s because I worked on a user interface for Ajar that was - in my humble opinion - smart, elegant and Nokia-beating. In six months with eight people we’d built something better, slicker and nearer completion than hundreds of Motorola bods had in years. Indeed, Motorola did so badly because it used armies of mediocre or, at best, good programmers. I worked with a few brilliant ones who could guide the merely good. By having everyone in the same room and using agile methods we raced ahead.)

Next page: Suddenly it wasn’t just eight of us in a room in Cambridge - 30 people flew in
Page:
Tips and corrections
70 Comments