Monty on broken MySQL promises: Oracle's going to fork it up 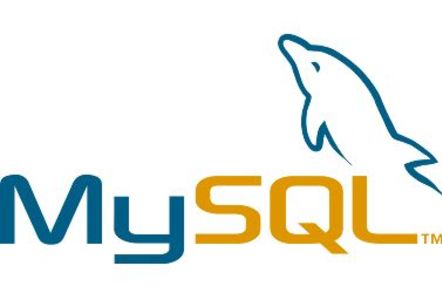 Exclusive Oracle will break the promises it made to European regulators on MySQL nearly three years ago, according to the open-source database's co-creator Monty Widenius. In fact, he says, it has already broken a few.

Widenius told The Reg he's scared about the future of MySQL. He said he is concerned that if the database giant further breaches its commitments to the EU, it will produce an irreconcilable fork: with MySQL at Oracle going one way and those extending MySQL – such as Widenius's MariaDB and Facebook and Twitter – going another.

Widenius reckons Larry Ellison's database giant has already broken one promise it made to European regulators as part of its $8.5bn Sun Microsystems purchase when it moved parts of the database into closed source. He also accused Oracle of obfuscating on security and bug fixes, as it has not released all-important test cases for MySQL 5.5.27.

Oracle published a list of 10 commitments for European regulators in December 2009 on the subject of customers, developers and users to help ensure it closed the deal on Sun. The EU was concerned Oracle’s ownership of MySQL might hurt competition in the database market.... and so was Widenius.

The source code to all versions of MySQL Community Edition would also be made available at no charge.

But Oracle in September released three extensions only for the MySQL Enterprise edition: for thread pool scalability, a pluggable API for PAM and Windows authentication, and additions to Oracle VM and Windows Server failover clustering support.

Oracle is following an approach in open-source dubbed open-core, where an organisation develops a free or community edition and keeps back higher-end or enterprise features for paying customers who opt for a commercial licence.

It was a model that Sun had considered for MySQL before backtracking in the face of a backlash.

“I said they would go away from open-source and close some parts of MySQL and that’s what they did,” Widenius told us.

Test cases are an important part of open-source programming; they allow community members to test their code against the main product to help ensure compatibility and to ensure the fixes work in all settings and platforms. If test cases are not released, developers cannot test and bugs risk popping up again.

“The fact they have broken some of their promises already makes me a bit scared,” Widenius said.

For Monty, the year 2014 is the point after which Oracle will break more of those promises to the EU: that's the end point of Oracle's commitment to extend the contracts that MySQL OEM licensees previously had with Sun.

“I suspect them to break more [promises] after five years,” Widenius said.

Other promises on Oracle’s 2009 list include a commitment to maintain and “periodically enhance” the MySQL Pluggable Storage Engine Architecture; Oracle said it would not use the law to force third-party storage-engine vendors to release their APIs under GPL and it wouldn’t insist third parties take out a commercial licence to use the Pluggable Storage Engine Architecture’s APIs.

Widenius fears Oracle will stop developing MySQL. He claimed that Oracle has already ceased to co-operate with the community on the development roadmap, with the giant only focusing on “one or two” areas for change – storage engine and replication.

He claimed there’s little work on monitoring and said that with the exception of the InnoDB storage engine, most of the features in MySQL today were developed under Sun. He claimed Oracle was also letting security holes go unfixed.

“If MySQL was broken we would try to get people engaged. In open source, being part of the ecosystem drives development,” Widenius said.

“Each month we take the Oracle code and add to that at MariaDB, but we have to fix 10 per cent of the code - that’s bad.”

Widenius left Sun in early 2009 just before the Oracle acquisition was announced in April. At the time, he also argued against the deal going through. On leaving Sun, Widenius started his MariaDB fork in 2009 with his company Monty Program. MariaDB is supported along with MySQL by start-up SkySQL, which claims half of its 350 customers are ex-Oracle users. Both companies ended up employing most of the original MySQL engineering and support team, with 38 of its 45 at SkySQL joining after Oracle closed its Sun deal.

SkySQL chief executive Patrik Sallner told The Reg some customers had completely replaced MySQL with MariaDB as a matter of "principle" because they don’t want to work with Oracle. Others had opted to use MariaDB and MySQL with different workloads. “Most customers have a bit of both and want to make sure they have a good feeling on both sides,” he said.

Sallner noted it would be “sad” if MySQL were run into the ground by Oracle, but noted his company is offering an alternative with MariaDB. “It would be better for the community if Oracle were doing a good job," he said. "We are trying to present a credible alternative, but invariably there are people who decide to switch from MySQL. We’ve got to make sure we have a range of migration solutions."

The Reg contacted Oracle, offering it the right of reply to Widenius.

We asked if or when changes to MySQL Enterprise Edition would be made available in the Community Edition, and asked it to respond to Widenius's claim that Oracle had already broken one of its undertakings to European regulators.

We also asked the corporation to respond to Widenius's claim that Oracle was making feature changes without listening to the community and that the quality of code had declined.

We also asked for an update on the rest of the 2009 promises Oracle made to regulators. Specifically, we asked: Will OEM licenses be extended beyond 2014, and under what pricing and terms? Will Oracle continue to make storage engine APIs available? Will it force third parties to release their plug-ins under the GPL, or ask them to take out a licence to use the storage engine APIs? Has R&D spending on MySQL increased since Sun and what will the future spend be?