It's a numbers game 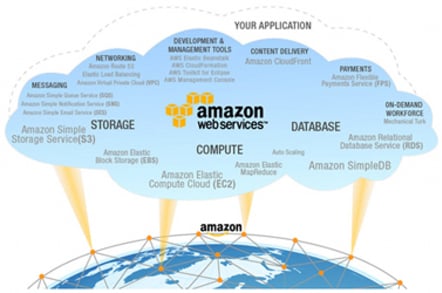 Amazon is dropping its storage prices again, gambling it can lower prices to levels where it can be profitable but its competitors lose money and give up.

Generally it is agreed that Amazon leads in offering cloud services with companies like Google (see news yesterday) and Microsoft, with its Azure offering, some distance behind. Amazon's idea is to build up its cloud computing infrastructure and gain more customers so that the cost for computing or storage or applications with AWS is significantly less than using in-house data centre facilities. The more it can keep its costs down, the lower its prices can be and the more disruptive its effects. It's all about remorselessly growing economies of scale.

AWS is Nick Carr's Big Switch in action; utility computing sweeping away business data centres and replacing them with IT services delivered from remote IT data centres of vast proportions... with costs amortised over millions of customers and billions, trillions of transactions.

AWS cut its storage costs just days after Google cut its prices and announced a set of new cloud services competing with those of Amazon. The cuts were announced by AWS SVP Andy Jassy at Amazon's re:Invent customer and partner conference held in that Las Vegas temple of gambling and consumption, the Venetian.

He said S3 stores well over a trillion objects and services 800,000 requests a second. Prices have been cut 23 times since it was launched in 2006 and now they are being cut again, as the table below shows:

How do Google prices compare? Here's a comparison table:

From above 50TB to 500TB Amazon costs $0.80/GB/month whereas Google costs $0.75/GB/month above 10TB to 100TB and $0.70/GB/month above that to 500TB. Google has earlier price cut breakpoints but Amazon is cheaper overall. As these two slug it out anyone else offering cloud storage is going to get squeezed into paste. ®