Team Boilermaker: We hammer the code... not the booze 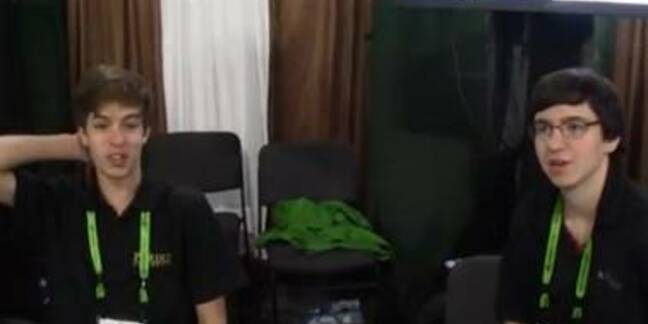 SC12 Video We had a chat with Team Boilermaker on the last day of the SC12 Student Cluster Competition. While the team did visit several of the vendor parties the night before, they assert that they didn’t overindulge, and claim that the absence of some team members is due to meetings, not hangovers. I think I buy that explanation; the Purdue teams take a businesslike approach to their cluster battling.

The real news in this video is that the mighty Purdue, the most traditional of the Big Iron cluster competitors, might be considering going the hybrid route with their next system. In the vid, we bat around various possibilities, with the team mostly talking about Intel Phi (which keeps them mostly traditional). I raise the possibility of FPGAs and how they might light a serious fire under the Purdue boiler.

One interesting thing about the Purdue approach to the SCC is that it’s not just fielding a team and seeing what happens. They’ve used the competition to build up a curriculum in advanced HPC topics and to attract students to the program.

Many former Purdue SCC team members are now working professionally in the industry in HPC-related positions – which is sort of the point of this whole thing anyway, right? It’s all about what students learn and what they do with that education. And if participating in the SCC helps Purdue (and other participating institutions too) are mint more highly skilled and motivated folks who are ready to push out the boundaries of research and computing, then that’s a great end result. See you next year, Purdue… and bring some accelerators, okay? I want to see what you can do with them. ®