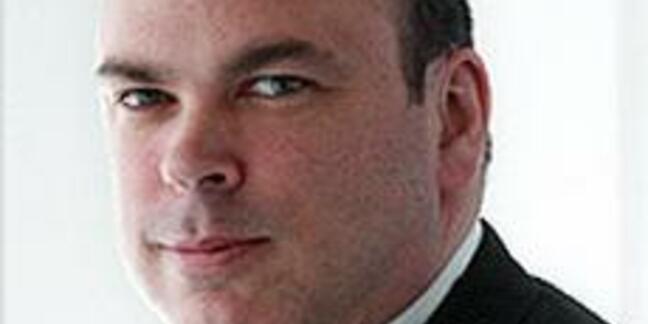 Hewlett-Packard has slapped down former Autonomy boss Mike Lynch after he called for details of accounting charges made against him and for an explanation of what HP executives really knew.

In an open letter to PC giant’s board, Lynch effectively accused HP of smearing him by releasing selected information to the media and he demanded “immediate and specific explanations of the allegations” against him and his former execs.

Lynch has demanded that HP release detailed information so he can answer the claims of accounting irregularities HP has made against Autonomy.

HP, though, is having none of Lynch. The PC maker responded immediately with a statement, refusing to cough up any of the things Lynch is asking for and saying HP looks forward to Lynch and his team answering questions under "penalty of perjury".

“While Dr Lynch is eager for a debate, we believe the legal process is the correct method in which to bring out the facts and take action on behalf of our shareholders,” HP said.

Specifically, Lynch said he wants to know how HP has managed to calculate Autonomy’s revenue, cash-flow and profit numbers from the sales of hardware, recognition of reseller revenue and hosted deals – which HP has claimed were “mischaracterized” and “inappropriate” – to work out Autonomy has overstated its value by $5bn.

HP announced last week it would take an $8.8bn writedown on the 2011 $11bn cash purchase it made for Autonomy under former chief executive Leo Apotheker.

“HP should provide me with the interim report and any other documents which you say you have provided to the SEC and the SFO so that I can answer whatever is alleged, instead of the selective disclosure of non-material information via background discussions with the media,” Lynch wrote in the letter.

Lynch goes on to re-state his incredulity that the “issues” with Autonomy books went undetected by HP during the deal’s due diligence process. He also questions why it has taken six months to announce the investigation and implied the writedown was down to HP’s “operational and financial mismanagement” of Autonomy.

The stakes are high in this case, a fact that explains both Lynch’s open letter and HP’s decision to respond rather than taking the corporate approach of staying silent.

HP has contacted the UK Serious Fraud Office, the US Securities and Exchange Commission’s Enforcement Division, and the US Department of Justice, and says it plans to file criminal charges where appropriate to "seek redress for HP shareholders."

As far as HP is concerned, the wheels of regulatory and legal process are now turning, so for Lynch it’s important to keep adding fuel to a media campaign to clear his former company's name - and by extension his own. This is especially the case in the UK, where Lynch is feted as the most influential person in British IT and as "Britain’s Bill Gates", while his company was hailed as a Blighty tech success in an arena dominated by US giants.

The stakes in this case are high. Lynch’s reputation is at stake - as is his freedom and his personal wealth should regulators find for HP and legal action ensue.

If HP’s claims are proved legitimate, Lynch will face legal action at the hands of not just the UK authorities but – worse – those in the US. Lynch would be expected to return to the US and should he refuse to go voluntarily, then the path is one of extradition. The track record of British citizens holding out against US extradition is poor.

Lynch is no Gary McKinnon; the claims are financial and the UK and US take a hard line on such cases - as the NatWest three, accused of $20m fraud charges arising from the collapse of energy giant Enron, discovered. They were extradited to the US in 2006 and convicted. The three were then transferred back to the UK to serve time.

Lynch’s letter, therefore, takes a proactive approach by characterising himself as the victim of an injustice, declaring that he is "shocked and appalled" at the allegations.

It’s interesting, too, that HP should respond. It clearly feels that not responding would have handed as much a tactical victory to Lynch as engaging.

If the allegations against Lynch and the tight management team that ran Autonomy are correct then this will come as a relief to a board that is still a little shaky after sweeping changes in business strategy, not to mention leadership, over the past few years. The board will be vindicated and feel it has a scapegoat for a deal that its members will have approved under the reign of the former CEO.

It's unsurprising, then, that HP should do anything other than fall back on the defence that it will let the authorities speak for it. It's also unsurprising that HP should choose not to engage Lynch on a battleground of his choosing, which would have allowed Autonomy’s man to cherry-pick the points he thinks will clear the firm's name. ®