ITU to EU: We don't want to control the internet... honest

But who's listening when Google says otherwise 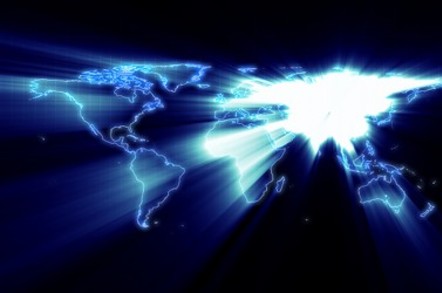 The ITU has reiterated that it does not want control of the internet, this time refuting a motion passed by the EU, which has joined the bandwagon fighting to preserve Google's future.

The EU motion makes the usual claims about the ITU's lack of transparency and inclusiveness, only slightly undermined by the way the ITU publishes all proposals and invites businesses as well as governments to attend its meetings and debate the issues around governance of telecommunications, but that's not enough for Google and its lobbying fronts, which argue that the internet is too important to be left in the hands of democratically elected representatives when there are American techno-utopians who'd be happy to do the job.

"It is important to note that ITU’s mandate in the internet is laid down by the [2010] Plenipotentiary Conference Resolutions ... Nothing can be agreed at WCIT-12 to change or negate this mandate," says the blog posting from ITU rep Richard Hall, which also reminds us that "no proposals exist to give more power to ITU as an institution, which does not have any regulatory authority over any networks whatsoever".

But this isn't anything the ITU hasn't said before, many times, but despite the repetition, the complaints keep coming and even the least-paranoid start to wonder if all this smoke can really exist without fire, or at least someone lurking with a primed smoke machine, which is where we find Google with a can of fog juice and the kind beneficent expression usually seen on those whose god has told them they are right.

Despite launching Take Action and having its ex director of global public policy running Access Now, which is behind whatistheitu.org, the site which hosts our favourite video on the subject, Google hasn't bothered joining the ITU. Unlike hundreds of other IT companies, including Apple and Microsoft, Google would prefer to spent its money speaking directly to governments; lobbying Washington the tune of more than $5m in the first three months of 2012; and helping the UK formulate Google-friendly laws without having such things debated in a public forum.

Which is ironic really, given the call for more openness and transparency, but the great thing about a campaign like this one is that when the ITU doesn't grab the internet then Google et al can claim a victory, defending the internet from the shadowy forces which make up our own governments and which, in the majority of cases, we voted for. ®