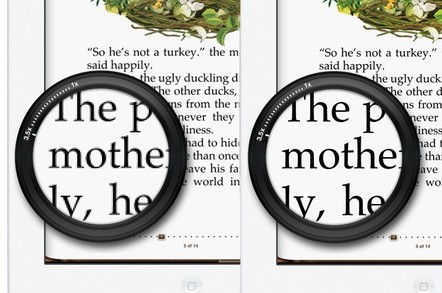 Barclays Bank has bought no less than 8,500 Apple slabs of fondling loveliness in one go, The Channel can reveal.

The buy, made with dealer Insight UK, is believed to be one of the largest roll outs of the iPad or indeed any tablet in the UK finance sector, and signals the growing acceptance of the tab tech in corporate land.

A PR mouthpiece at Barclays told us that staff had demanded the reassuringly expensive pad over any other shiny devices - clearly there are a lot of fanbois in the bank's ranks.

She said the device will be used "to assist our branch colleagues to interact with customers, improving the customer experience".

"We investigated a number of different tablet options and in this instance, we concluded that iPads were the best solution for their specific needs. We are now starting to use these across Barclays branches in the UK," she said.

Barclays did not provide any detailed explanation on why it opted for Apple as opposed to one of the also-ran devices, but it is planning to use an app called Mortgage Brain that was specially designed for the iPad.

Mark Lofthouse, chief exec at Mortgage Brain, told FT Adviser the app was specifically targeted at all mortgage brokers and can scan the entire market for available options.

In a statement sent to The Channel, Insight EMEA president Stuart Fenton, refused to comment on any one customer but said: "I can confirm we are seeing significant interest in the take up of Apple iPads in large enterprise". ®