But WINTER for SAP and Oracle 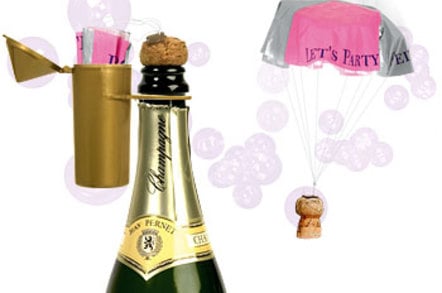 Open ... and Shut It has been the best of times for the technology industry, with technology stocks at a 12-year high. But it's about to be the worst of times, at least according to stock market trends.

Given that the tech sector comprises 19 per cent of the market capitalisation of the S&P 500, which has crumpled by 7 per cent recently, we seem to be on the edge of significant pain for the tech industry, as the Wall Street Journal reports, and an equally painful period for the broader global economy.

Depending on what you're selling, this may be great news.

After all, hard times not only end up pulverising weak companies, but they also tend to elevate strong, resilient companies. Take Red Hat, for example. Red Hat's 10-year stock price suggests that it fares particularly well when the economy stutters. This becomes all the more compelling when you compare Red Hat's performance against its peers in enterprise software, including such bellwethers as Oracle, Microsoft, HP, and EMC.

Notice when Red Hat really took off? When the economy was bottoming out.

I've pointed this out before, echoing the words of Red Hat chief financial officer Charlie Peters: "When times are good, the company stresses the value of its software. In a down cycle, it talks about the cost savings, a message that resonates with customers whose budgets have been slashed." Those are compelling value propositions, and they work in both good and bad times. But perhaps particularly bad.

It's not just Red Hat, either. Look what happens when we add in a SaaS company like Salesforce.com.

I suspect what we're seeing is a flight to subscription-based business models, and away from traditional, proprietary models that depend upon an upfront license fee and then are fed by ongoing maintenance fees, where maintenance provides little value to customers and maximum profit to vendors. The contrast between the broader technology market, as represented by the XLK tech sector SPDR, and subscription-based businesses like Salesforce and Red Hat, is stark.

If anything, it's about to get worse.

We recently spent time talking with a handful of large SAP customers that have received roughly 50% discounts on maintenance renewals. The original contracts were in the $5M-$10M range.

While all of our contacts had different stories, there were consistent themes. All these customers were looking to reduce IT spend, they felt like SAP maintenance wasn't good value for the money, and they were actively evaluating lower cost alternatives. When these customers informed SAP of their intentions to cancel maintenance, SAP initially offered modest discounts, only to follow up with significantly larger discounts when the customers pushed back.

Given that there was executive level engagement in these discounts, we infer that senior management at SAP is aware of the issue. If SAP institutionalizes discounts on maintenance renewals, it will put significant pressure on its margin profile.

Think SAP is alone in this? Not even close. Back in 2009, when the recession was in full swing, The Wall Street Journal reported that the recession was putting pressure on Oracle's ability to renew maintenance contracts at full price, as customers looked to lower costs and increase value received from their vendors. That article quoted Forrester analyst R. Ray Wang, who argued: "There's going to be a breaking point soon where customers say they're spending too much on maintenance and not getting enough value."

His point is generally true of all subscription businesses. Selling subscriptions forces the vendor into providing continual value to their customers. No, it's not as nice as selling a license and getting rich off never-ending maintenance fees, for which the vendor does relatively little, but it's much better for customers.

Just as we saw in the last downturn, when the industry invested heavily in terms of stock and sales in subscription-based businesses like Red Hat, I suspect we're about to see more pain in the market and more gain for a select few vendors who marry their revenue models to the interests of their customers. Recent earnings reports from tech heavyweights from Apple, Google, IBM, and Dell have disappointed, as profit margins have slimmed down. Forecasts for the future are even worse.

In other words, happy days may be here again. That is, if you're a subscription-based SaaS or open-source company.