500 homes destroyed by fire so powerful it spawned intense storms 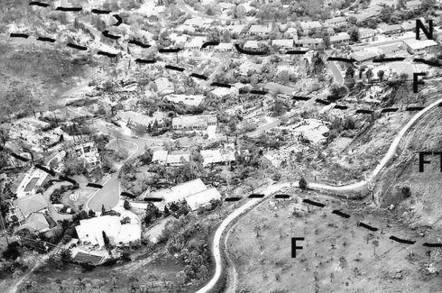 A fire in Australia grew so powerful that it spawned a tornado nearly 500 metres wide, contributing to the destruction of more than 500 homes.

The documentation of the tornado is said to be important because while columns of flame known as “fire whirls” have previously been observed, full-scale tornadoes caused by fire are less well-documented or understood.

To understand the event it is useful to know that Canberra’s western border is close to mountainous national park covered in native forest. The city’s outskirts were also home to several pine plantations. Some homes were fewer than 100 metres from those plantations.

Fires started burning to the west of the city around January 9th and, thanks to the rugged terrain, went largely unchecked for some time. The fires gathered pace and strength before, on January 18th, a 40oC day with 60km/h winds saw them join and arrive in Canberra’s outer suburbs where they caused the loss of four lives and extensive property damage.

Subsequent inquiries criticised emergency services’ inability to cope with a flood of information about the fires, plus deficiencies in equipment, as important contributors to the damage and loss of life.

But a new paper, An Australian pyro-tornadogenesis event, asserts that authorities were not just up against a fire, but also a tornado caused by the fire.

The paper gathers evidence for the existence of the tornado, noting eyewitnesses who saw “a trailer behind an 8 tonne fire tanker was lifted off the ground, and secondly, nearby a 2 tonne police car was picked up and dropped into a stormwater drain. The police car also had its beacons and other external attachments stripped by the strong winds.”

Both vehicles, the paper says, are rated to remain grounded in anything other than tornado-force winds. 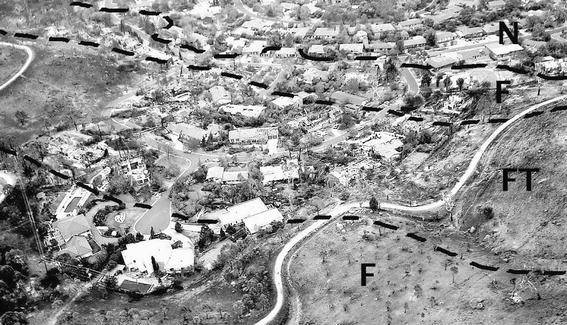 A photograph of the Canberra suburb of Chapman

Marked 'F' where fire alone struck and 'FT' where

fire and the fire tornado landed.

The paper also includes photographs of the tornado, depicted in the montage below as images ‘d’, ‘e’ and ‘f’. Image ‘a’ shows the thunderhead, image ‘b’ depicts the path of the tornado and element ‘c’ shows damage to trees consistent with intense swirling winds.

While the paper offers detailed meteorological analysis of the event, it includes few on-the-ground measurements of the tornado’s intensity. That’s to be expected given the severity of the event meant Canberrans had other things on their mind on the day. Such as survival and protection of their property.

The paper concludes by mentioning other research that notes an increased prevalence in large fires around the world and that “If these fires can produce thunderstorms, then it is prudent to expect them to be able to produce tornadoes, if the other requisite conditions are met.”

Footage of the fire and an interview with one of the paper’s authors, Rick McRae, are available here. McRae also explains some of the photos above in detail. ®