HP: AUTONOMY 'misrepresented' its value by $5 BILLION, calls in SEC 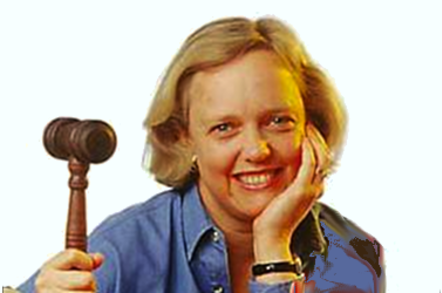 Hewlett-Packard dropped a bomb this morning in reporting its financial results for its fiscal 2012 year, stating that the British software company Autonomy, which it acquired a little more than a year ago, "outright misrepresented" its own value - leading to a colossal $8.8bn writedown for HP today.

In a conference call ahead of the opening of the market on Wall Street on Tuesday, which is not the traditional time for HP to go over its numbers each quarter, CEO Meg Whitman said that HP would be taking a $8.8bn hit relating to the $10.7bn of hard-earned Hewlett-Packard cash that ex-CEO Leo Apotheker shelled out to acquire Autonomy, a maker of software to keep track of unstructured data, back in August 2011.

In its financial statement, HP explained the situation relating to the $8.8bn in charges thus:

HP recorded a non-cash charge for the impairment of goodwill and intangible assets associated with the acquisition of Autonomy Corporation plc. The charge relates to serious accounting improprieties, disclosure failures and outright misrepresentations at Autonomy that occurred prior to HP's acquisition of Autonomy and the trading value of HP stock during the period preceding the recording of the charge.

Whitman did not elaborate on the precise nature of the irregularities and misrepresentations allegedly committed by Autonomy, but kicked off by saying that:

"Autonomy remains a work in progress as we move the business from startup to grownup" - an ironic characterization given that Autonomy was a public company with 25,000 customers when HP bought it.

HP's CEO said that a top executive within Autonomy had shown HP where to look in uncovering the true situation: which was not picked up by KPMG, hired by HP as part of its due diligence during the Autonomy deal to audit the company's books (put together by Deloitte).

"In the end, you have to rely on audited financials, as we did. And we will take it from here," Whitman explained in a question and answer session.

As for HP's own accountability, Whitman said that the two people who were responsible for the Autonomy deal – former CEO Leo Apotheker and former chief strategy officer Shane Robison – were gone from the company. She added that one of the issues during the Autonomy deal was that the due diligence department reported up to the chief strategy officer at HP, which was Robison at the time, not to the chief financial officer – something that she rectified as soon as she took over as CEO.

HP has contacted the US Securities and Exchange Commission and the UK Serious Fraud Office and intends to file criminal and civil charges where appropriate to "seek redress for HP shareholders."

Cathie Lesjak, HP's CFO, said that $5bn of the writedown was connected with the alleged accounting improprieties and misrepresentations, and the remaining $3.8bn in charges was related to recent trading in HP's shares.

Whitman added that HP believes in the Autonomy products and has hired former Sun Microsystems and Microsoft executive Robert Youngjohns to take over running the division within its HP Software unit. ®