How can the BBC be saved from itself without destroying it? 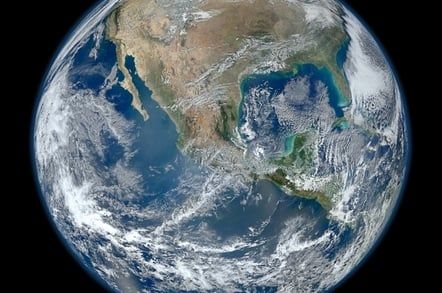 Special report Regardless of your opinion of the BBC today, the loss of an independent Beeb would be a loss to British public life.

It's the BBC's independence that makes it unique - not, as it likes to insist, its funding from TV licence fees. Many countries have public-funded broadcasters that are bankrolled through a compulsory tax or levy, and they are given a long list of worthy duties to perform.

But many of these outlets are simply government information bureaux beholden to politicians of the day - or they're shackled and starved of funds, producing dull but high-minded material nobody watches. They're peripheral to normal life and, unlike the BBC, unable to act as a powerful counterweight to institutions, politicians, corporations and lobby groups.

In reality, the BBC's independence has only been meaningful since the 1960s when brilliant new TV companies, such as Granada, forced the BBC to compete for talent and show some real courage and imagination.

As this clip from a short film by Adam Curtis shows, for decades prior to that the Beeb treated the politician with forelock-tugging deference:

Critics of the BBC are this week are calling for an end to the separation between the broadcaster and the state. A Financial Times columnist called for communications watchdog Ofcom to take over the running of the BBC, arguing that the corporation is unable to manage itself. This would be ironic: Ofcom boss Ed Richards was shortlisted for the post of BBC director general but lost out to George Entwistle, who suddenly quit at the weekend after presiding over a string of Newsnight blunders. At Ofcom Richards could run the BBC without leaving his chair.

A quick recap: the seminar that brought it all to the surface

Besides the furore over bungled BBC journalism, 28 Gate - the Beeb's refusal to name the "scientific experts" who convinced the broadcaster to take a firmly warmist position when reporting climate change - is far more profoundly serious than the BBC and its critics yet realise.

What a humble freedom-of-information request has exposed, and called into the question, is the conduct and judgement of the BBC Trust itself. The trust is the BBC's governing body; it's essentially the old Board of Governors given a Strategy Boutique-style New Labour makeover when Auntie's royal charter was rewritten.

The trust is the BBC's firewall: when things go wrong at the Beeb, it could always promise to step in, with talk about new brooms and fresh starts. But when the trust is found wanting, there is no place to go except into the arms of the state or a regulator.

What the saga exposes is a range of mental black spots that have affected the judgement of the corporation's key figures, who are otherwise intelligent and rational, for a decade or more. It's almost as if somebody invented a virus that causes people to act strangely, but it only affects one topic of discussion.

The BBC's reporting is merely a symptom: the broadcaster failed to report an important issue with the richness and subtlety it required. Instead, it simplified the subject so that people were "aware" - rather vaguely - of the "importance" of the issue, rather than being able to understand its complexities.

And another symptom was the abandonment of the traditional British reserve. Instead of remaining aloof from the fray, the BBC took off its coat and entered the brawl, throwing punches in every direction. Now the Beeb needs that subtlety and sophistication back, but after a decade of scrapping, it has found it doesn't have the tools it needs. It's rather like a hypnotist who has hypnotised himself, and can't remember the trigger word required to stir himself from the trance.

To get a picture of the true tragedy that befell the BBC in the Noughties, we will look through a full historical record of publicly available material - primary sources that include speeches, private emails and official publications.

A most vital clue emerged last week, overshadowed by the ongoing crises and 28 Gate, in a lecture by the BBC's director general from 2004 to September this year, Mark Thompson.

28 Gate, as it's predictably called, concerns the identity of attendees of a joint CMEP-IBT-BBC seminar in January 2006 who were credited the following year with shaping BBC policy on reporting climate change. But does it matter? Now we know who attended, thanks to some digging around in the internet's attic, are we surprised? Critics excited about 28 Gate affair are in danger of failing to see the wood for the trees.

Blogger Tony Newbery's pursuit of the seminar's previously secret attendee list highlights two things of much greater significance. One is that it casts light on a strategy by the BBC's legal department to shield the public-funded corporation from scrutiny by the citizen, by redefining itself as a private organisation.

The Freedom of Information Act 2000 allows facts and figures to be withheld and kept secret "for the purposes of journalism", and the BBC's use of this get-out clause is so pervasive it must be considered strategic rather than accidental. This appears to have the full backing of executives: the BBC's director of news Helen Boaden appeared as a witness during an information tribunal hearing into Newbery's request; the journalism derogation was trotted out as a key pillar for the BBC's defence.

And the trust? It appears not to know or not to care about the battle over the climate seminar's attendees. But the affair also highlights the role the BBC thinks it must perform - and it's rather different to the one licence-fee payers expect it to perform - that of staying aloof from the fray.

A report written by independent filmmaker John Bridcut for the BBC Trust asserted that the seminar was "high-level" and prompted a significant change in editorial policy. The trust did not refute this. Indeed, the trust would later pitch into the brawl, fists flying, itself.

Both are ultimately issues that reflect on the conduct and judgement of the trust itself: it has made decisions where either it doesn't know or doesn't care about the consequences. This is why the Newbery saga is so incendiary: as Newbery himself says, this is "merely the beginning".

Next page: You are being manipulated and will thank your masters for it
Page:
Tips and corrections
149 Comments