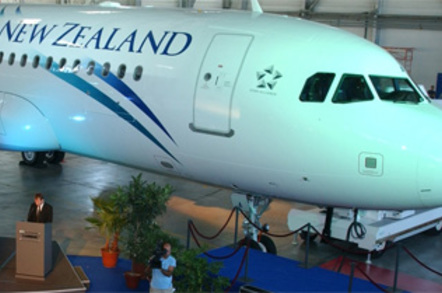 Video In a program under-reported beyond its own shores, New Zealand is working on some serious rocketry.

The work is being conducted by a company called Rocket Lab, which last week released a video of a “shakedown test” of its research into propellants.

Rocket Lab claims as its specialty a technology called viscous liquid monopropellants (VLMs): instead of having multiple tanks that need mixing to fire, the VLM is described as a “single part high density” propellant. A thixotrope – pseudo-solid while in storage, but turning to liquid when a shear force is applied to it – it’s designed to simplify the propulsion system.

DARPA and the US Office of Naval Research Global (ONRG) have dollars in the project.

The Sidewinder-size three-meter-long test rocket was fired 10Km into Hauraki Gulf on November 13, with US and Australian representatives present for the demonstration. The aim of this launch was to gather telemetry, and the rocket was recovered near Great Mercury Island.

Development has been fairly rapid, with the company first conducting static tests in January of 2011. ®