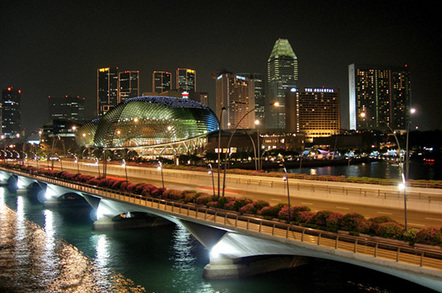 With Europe back in recession, the prospect of markets where growth in IT spending is humming along at over 7 per cent surely sound enticing to anyone in the channel.

Such markets can of course be found in Asia, which analyst firm Canalys said, at its recent APAC Channels Forum, deserves greater attention from the channel.

If you want to consider the analyst’s advice, it may be of interest to know that one British channel organisation has already made the journey. Kelway landed in the region a few months ago, and the company’s Niall Ramsey, who we caught up with at the Forum, is having a good time of it.

Kelway hasn't taken all of its services to Asia, for now, instead concentrating on its procurement and logistics practices. Existing customers from Europe which are already familiar with those services are Kelway’s springboard into the region, especially those with Asian presences too small to include a procurement team. Such outfits appreciate the fact that Kelway can now take them global without much fuss … all with just one throat to choke and well-known UK addresses at which to do the choking.

Focusing on kit also means the company can distinguish itself from other global channel organisations. Ramsey said he was pleasantly surprised to find few large American channel organisations in Asia when he arrived, while those that are present lead with system integration and consultative services. Doing less, perversely, helps Kelway to stand out.

Part of Ramsey’s role has been to visit bits of the region inhabited by Kelway’s global customers to establish local supply lines and ensure staff are present on the ground to do the things that can only be done with a visit to clients’ offices. Building that team has meant alliances with locals. Ramsey said this hasn't been too difficult a task, saying that strong local channel players seem keen to team up.

Local players also bring different opportunities, said Ramsey. He said Thai customers want to talk about data centres, while other nations have their own priorities.

Working with locals is also recommended by Nicole Peng, leader of Canalys’s research in China. Peng says Western firms will struggle to enter China alone, but that local companies lack sophisticated project management skills and are keen to team up with Western companies to access those skills. The contacts that process builds up, she says, can eventually make it possible to enter the region and target local customers alone.

That’s not Kelway’s plan for now, given its current focus on procurement and logistics is proving so successful that it plans to open in Hong Kong as well.

Singapore remains the base, however, thanks in part to the island nation’s business environment.

“There’s no requirement to have a local director and no sales tax,” Ramsey enthuses. Other locals we chatted to on the trip mentioned Singapore's very low personal tax rates, although Ramsey was too polite to do so.

No expat manages to avoid mention of Singapore’s weather for long, as the temperature never strays far from 30°C (86°F). The heat’s not all bad though - in the middle of the city’s central business district there’s a hawker food centre, Lau Pa Sat, where one can sit outside enjoy a magnificent curry and a beer for about a fiver.

That sounds a lot more fun than a Eurozone recession... or a British winter. ®