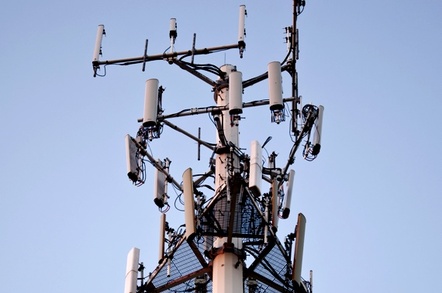 A class of attack against radio networks documented as far back as the year 2000 has pulled worldwide headlines by being highlighted in a submission to the US government.

The submission, here, has gained notoriety all over the world, starting with Technology Review which headlined it “One simple trick could disable a city’s 4G phone network”.

The paper, to an inquiry into the use of LTE in public safety networks, outlines denial-of-service attacks. These include a technique that sends fake synchronisation signals to handsets within range (thereby stopping them from logging into the base station), or generating signals to the base station that make it assign resources to the jammer rather than “real” users.

The paper describes the Virginia Tech work, headed by Dr Jeffrey Reed, as a “work in progress”, but the idea that an entire city’s network could be disabled by a suitcase-sized jammer is, in these paranoid days, too good to resist.

Since it didn’t seem feasible that the submission existed without reference to previous research, The Register decided to seek out the background.

One thing becomes clear, very rapidly: if carriers, vendors and standards-setters are not aware of the feasibility of synchronisation attacks, they’ve been asleep at the wheel since at least the year 2000, when this paper was published. Authored by Mika Ståhlberg of Helsinki University of Technology, it focuses on the radio standards of the day, such as GSM, noting: “Jamming can be concentrated on the synchronization signal, cutting effectively the entire transmission.”

Virginia Tech’s prior publications – which probably form the basis of the submission, at least in part – include “Physical Layer Security Challenges of DSA-Enabled TD-LTE” here, and from earlier this year, “Efficient Jamming Attacks on MIMO Channels”, here and “Performance of Pilot Jamming on MIMO Channels with Imperfect Synchronization”, here.

The last two were presentations at the IEEE’s ICC 2012 conference, but seem to have escaped everybody's notice at the time. ®