HP big cheese: Is the cloud even proper IT? Whoops, I said it 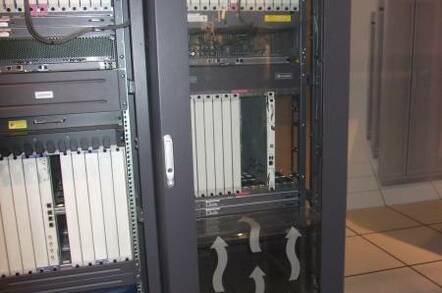 Analysis In an industry where the number of vendors and distributors seems to be shrinking by the week, Canalys’ Channels Forum offered dealers and value-added resellers something that felt like choice.

There wasn’t just the usual weary conference goer’s dilemma of regular or decaf, Alka-Seltzer or Nurofen: channel partners could also decide whether or not to become “managed service providers” of cloud computing, a move some vendors believe is inevitable.

IBM launched a bells-and-whistles managed-service provider (MSP) programme just weeks before the event. The tech titan promised to help any reseller - or other type of business - reposition as a cloud-enabled MSP and remain relevant to the customers of today. Big Blue claimed that for every dollar spent through traditional vendors, another is spent through MSPs.

Presumably if IBM had had its way, the event would have had -as-a-service appended to its title.

Unfortunately for Big Blue, HP was first up at the Canalys conference. Any dealers not willing to wholeheartedly inhale on the cloud would have found HP’s non-pitch on the role of managed-service providers comforting.

A presentation by Peter Ryan, a HP senior vice-president and the general manager for EMEA enterprise, was sceptical, if not scathing, of just how different today’s IT environment and its requirements are from that of last century, last decade or even last year.

This is not least because, as someone who started out as a programmer some decades ago, he’s acutely aware that software he developed may still be running in real applications. It’s a sobering thought, but one that underlies HP's approach that the ability to deal with legacy IT is as important as a promise to get your accounts department into the cloud within 24 hours.

Ryan’s pitch went on to cover storage and server products that look like the sort of server, network and storage products you may have seen a couple of years ago, except they’re faster, smaller, more manageable and built to handle the explosion of data that Ryan said was a major factor these days.

So while he said there was “a new style of IT emerging”, in HP’s mind it looks an awful lot like old-school IT. And while not actually using the term “smoke and mirrors” he did question people who claimed to be able to wave “a magic wand” and reinvent a company’s IT as quickly as they reinvent themselves as service providers.

If anyone knows as much about legacy IT as HP, it is of course IBM - but IBM barely used the 'L' word in its pitch.

Are you selling a server or a service? It makes no difference to Big Blue

Following up on its announcement in the previous week, IBM put MSPs at the centre of its channel pitch at Canalys - at least when The Channel was present at its talks. As far as Big Blue is concerned, when it comes to targeting mid-market companies, channel partners should be thinking less about pushing tin to them, and more about offering software and services on demand from a data centre of machines. Ideally, this approach will harvest an annuity stream that will grow with their clients.

IBM still gets to sell its servers, of course, and its financing arm is happy to fund resellers’ purchase of all those boxes if the upfront capital expenditure is too much to bear.

In a sense, this looks very similar to earlier models of value-added reselling. You’re not really focussed on pushing tin. Rather you’ve got a particular product, or service, to sell and the PCs and servers are almost incidental. But while in the old days the kit wasn't in your warehouse or on your balance sheet for long, now you’re facing the prospect of having a data centre permanently on your books. You don’t want a data centre of your own? Sign up for IBM’s cloud - your signature just needs to go here, here and here.

Big Blue may be expecting MSPs to play an essential role in increasing the proportion of IBM's business that goes through the channel to 25 per cent by 2015, up from the current 20 per cent. It may even be right.

However, many existing channel players may look at that model and question how they fit into it. In a plenary session rounding off the conference, dealers grilled vendor bosses on the proliferation of accreditation and marketing programmes vendors are throwing about these days, asking whether this multiplication of badges was really necessary, and whether there was anything in it for the channel. (The vendors' answer, surprisingly, was of course it's necessary and yes, it's good for dealers.)

One dealer asked IBM general manager for mid-sized firms Mark Hennessy after his presentation: "What exactly is a managed-service provider?" More importantly, Hennessy was asked: “Are MSPs making money?"

Hennessy’s reply was that these days MSPs are “not so interested in building out infrastructure”. On the money question, he replied: “It’s a hot marketplace.” Hennessy claimed managed services would be worth $18bn by 2015, with a growth rate five times that of the IT market as a whole.

'Romantic and idealist' - not often words associated with IBM

IBM’s view might appear all encompassing, while HP’s is lumpy, concentrating on nuts and bolts and legacy. A bit like dealing with IT with most ongoing clients - or as Dale Vile, research director of analyst firm Freeform Dynamics puts it, IBM’s view is “romantic and idealist”.

“[IBM's view] is long on theory and aspiration, but short on realism when it comes to anticipated demand and the crunchy detail of how those in the channel think and operate," he said.

There may well be a broad creep towards the cloud, said Vile. But, he continues: “The more established service providers are telling us that MSP-style delivery is largely confined to discrete new application requirements.” So, score one for HP and its legacy focus.

“The appetite for migrating existing systems (whether hosted traditionally or running on premise) is currently limited. The same can be said for broad service aggregation, which is only really attractive ‘out of the box’ in green field scenarios.”

So, no overnight transformations from tin shifter to MSP then.

“It’s better to think of cloud-enabled managed service provision as a business model or service line that will live alongside more traditional offerings. Space exists for some dedicated MSPs, but customers are largely looking for versatility from suppliers, i.e. an ability to mix and match delivery options depending on the specific requirement at hand.”

While MSP-like companies will become important, “traditional delivery models will remain dominant for a long time to come”.

This will be reassuring to resellers who are wary of IBM’s scorched earth policy, or who simply see their expertise in advising customers what to buy, instead of buying it themselves.

The question is when do you switch from sweating the legacy business you’ve got to either moving with the tide of history or getting out of the game altogether. ®

Silicon Valley bigwigs giggle to themselves, thumb their noses at Redmond