Pocket-friendly alternative to the mass-market paperback 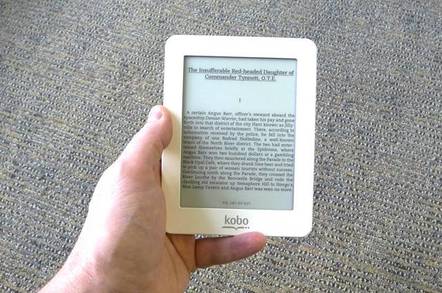 If you think the Kindles and Nooks of this world are too large, Kobo has an alternative: the Mini, a pocket-sized e-ink e-reader with a 5in screen. 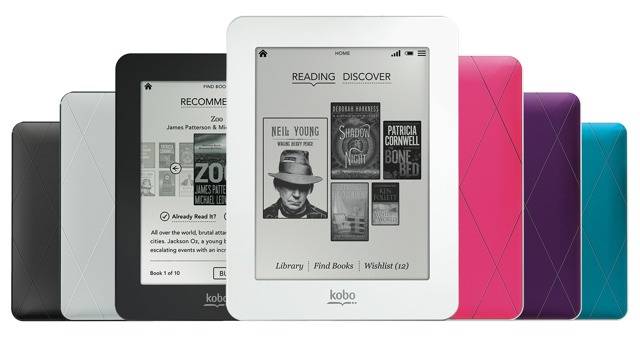 Most e-readers out there have 6in panels, but the Mini’s is no less readable for the reduction in size. Kobo’s own 6in Glo reader, for example, is a typical 157 x 114 face on, a little shorter than a B-format paperback. The Mini is three-quarters of the size: 133 x 102mm, a little smaller than a mass-market A-format paperback.

Put the two devices alongside each other and the Mini doesn’t feel radically smaller than the Glo, but on its own it feels smaller than it is. It’s a centimetre thick, but that tapers to 5mm at the edge so it’s comfortable to hold one-handed. The bezel is just wide enough to give an adult male thumb a good grip without too much chance that it’ll accidentally tap the touch-sensitive screen. But it’s easy to just move your thumb over to tap the right side of the screen to move to the next page, or tap the centre to trigger the appearance of the header and footer areas, which contain status icons and links to page settings and such. 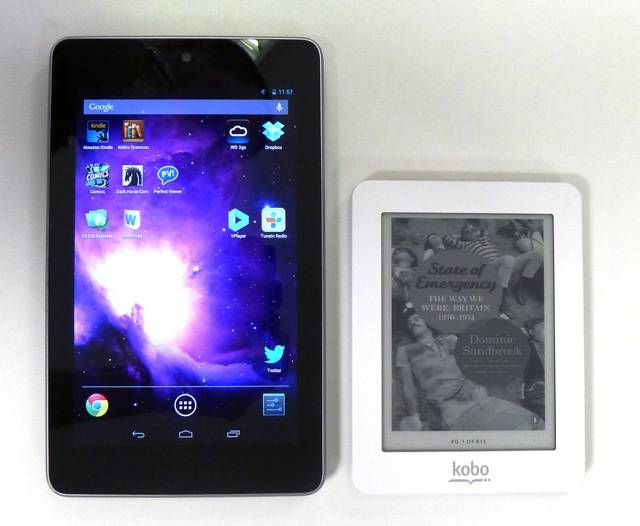 Smaller than a Nexus 7

If you hold your e-reader in one hand, the side in your palm, the base supported by your little finger, you won’t strain your thumb to reach to the left side to go back a page, though I had to use my other hand to reach up to icons in the top left of the screen.

The 600 x 800 panel actually comes the usual suspect, E Ink, though it's not the usual Pearl display. The V110 display in the Mini doesn’t have as good a contrast ratio as a Pearl screen, but there’s not a lot in it to my eyes. If there’s a flaw it’s in Kobo’s firmware, which defaults the display refresh - the way an e-ink screen blackens all its pixels before rendering the page image - to take place every six page turns. This leads to some speckled text and a fair bit of ghosting before the refresh, but it’s easy to disable it in the device’s comprehensive settings. 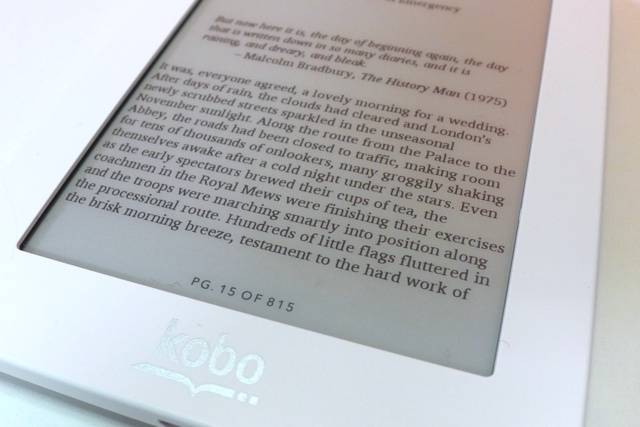 The 5in Vizplex V110 display is almost, but not quite, up there with E Ink's Pearl

Another flaw with the firmware: manually loaded books - as opposed to those downloaded from Kobo’s online shop - don’t take notice of margin settings, though font, character size and line spacing are applied correctly as you adjust the on-screen sliders. It’s a small issue, to be sure, but running text right from the left edge of the screen to the right makes it a little harder to read. Something to think about if you have a lot of DRM-free ePubs downloaded from the likes of Project Gutenberg.

Next page: A small read
Page:
Tips and corrections
12 Comments

No PCs. No tellies. No e-readers. And no future?

People Per Hours alert does not specify which government

Four techies flummoxed for hours by flickering 'E' on monitor

On-Call Replaced everything to no avail, before small talk about the view sorted things out