Big Data CIOs: don't look for aliens that aren't there

RoI planning is key ... but not too much of it 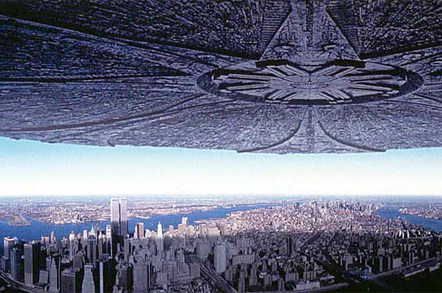 CIOs have been urged to pull their collective fingers out when it comes to Big Data projects, with experts warning that excessive planning can delay initiatives to the point where the intelligence they generate is useless to the business.

Nearly a quarter of respondents said it took between one and two years from the drafting of initial requirements before projects are fully up and running.

“Two years is a long time – the danger is everything you do will be obsolete and certainly you won’t be able to fulfill the requirements you’ve set up,” argued Mortensen.

He explained it was “incredibly important” that firms figure out their RoI parameters before they get started, but urged them not to waste any more time planning.

“CIOs seem overwhelmed by Big Data and Big Data Analytics (BDA) to the degree that they’re doing nothing,” he added.

“You need to have a plan and do your RoI but if the planning phase is so overwhelming that you don’t do anything then that is worse than doing nothing. It’s better to do it wrong than not at all.”

Toa Charm, chairman of the BI Special Interest Group at the Hong Kong Computer Society, argued that organisational - rather than financial or data-related - issues are the most pressing Big Data challenges facing firms.

“You need to change the culture. If they’re not data driven or willing to learn, assert change. It can take a year just to complete dictionary definitions otherwise,” he said.

A Business Intelligence Competency Centre is a good way of dealing with such organisational issues in a more communal, cross-departmental way, Charm added.

After that, it’s about tackling the data volume problem head on.

“There’s too much data to store. On the one hand the hardware these days is cheaper but even very good technology can’t store everything,” he added.

“So the CEO and CIO need to decide what to store and what not.”

Finally, CIOs need to remember that although Big Data projects can be strategically and financially beneficial to the organisation, they shouldn’t over-play the pros of BDA.

“As IT guys we have to manage their expectations. Don’t get the user too excited or you’re in trouble," he said.

“Arguably the biggest Big Data project failure of the past 10-15 years was the search for extra-terrestrial life – that data crunching of white noise produced nothing,” he said.

“We have to define what we’re looking for first to make sure we’re not looking for the proverbial alien that doesn’t exist.” ®