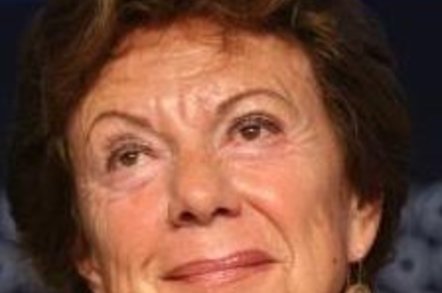 In a blog post at the weekend, Kroes explained that she was in two minds about attending the summit, held this year in the gas and oil-rich country, because the Azerbaijani government has “a very troubling attitude to freedom and democracy”. She added the following:

When the IGF comes to town, radical change often follows. Because, when empowered, connected citizens press for greater freedom. As happened in Tunisia and Egypt in the years after they held this conference.

But on the other hand I was denied access to meet political prisoners, despite a commitment from the President himself. Activists were harassed at the internet conference. My advisers had their computers hacked. So much for openness.

The attack in question targeted the MacBooks of Kroes’ spokesman Ryan Heath and a second colleague while they were in their hotel. Heath told AP they received a warning message from Apple that the computers had been accessed by a third party.

“I’m presuming it was some kind of surveillance,” he told the news wire.

“What we’re going to do is to get the computers forensically analysed to see what if anything was taken out of them.”

The Azerbaijani administration has since hit out at Kroes, claiming her accusations were made to deliberately undermine the event organisers, and the country’s good name.

"We state beforehand that there was no such interference, and couldn't have been,” head of Azerbaijani Presidential Administration Social and Political Department, Ali Hasanov, told local news site Trend.

“If Kroes and her assistant really believe that there was interference in their computers, then please let them turn to the Azerbaijani Prosecutor General's Office. A criminal case will be filed and investigation will be launched based on this appeal.” ®