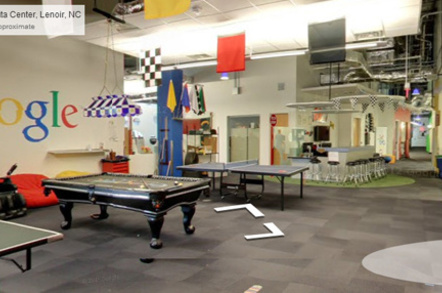 An Australian man defamed by links on Google that associated his name with images of and articles about a criminal has been awarded $AUD200,000 damages.

Melbourne man Michael Trkulja argued that searches on his name, which brought up references to criminal Tony Mokbel, constituted defamation.

Trkulja asked for those references to be altered. Part of Google's defence suggested he had not properly completed forms that would have seen the ad giant alter its search results, but the end result was that Trkulja's name continued to appear alongside references to a nasty gangster called Tony Mokbel. A jury agreed that those results equated to defamation, and Supreme Court Justice David Beach today decided it was $AUD200,000 worth of defamation.

The judgment paints a fascinating picture of Google's response to the complaint, noting that a Google US employee, a 'Mr Madden-Woods', appeared on the stand but that the ad giant did not call anyone to the witness stand involved in handling the original complaint from Mr. Trkulja.

That became important because one piece of evidence offered by Mr. Trkulja was an email from help@google.com stating:

“At this time, Google has decided not to take action based on our policies concerning content removal. Please contact the webmaster of the page in question to have your client’s name removed from the page.”

But the existence of the mail from help@google.com, Justice Beach writes, means the jury could easily “... infer that … Google Inc was well aware of what was being requested of it” and that a more nuanced response was almost certainly a sensible option.

Making matters worse, Justice Beach writes that Madden-Woods “ … conceded the obvious (perhaps somewhat begrudgingly) that it would not take very much effort to work out, from the page of photographs supplied to Google Inc, the identity of the website that linked the plaintiff’s name to Mr Mokbel and Mr Tanner. All one had to do was click on one of the images (the text beneath each image showing that the one web page was involved). At that point it would have been open to Google Inc to block the URL of that page from Google Inc’s searches, in compliance with the plaintiff’s former solicitors’ request.”

The amount of damages awarded seems to have been calculated in two ways.

Trkulja had already succesfully sued Yahoo! over the same matter and been awarded $AUD225,000, but that search engine had published nasty links for longer and that those links stated he was “so involved with crime in Melbourne that his rivals had hired a hit man to murder him”. Google's results stated only that Trkulja “was such a significant figure in the Melbourne criminal underworld that events involving him were recorded on a website that chronicled crime in Melbourne”.

Justice Beach declares that a lesser imputation, but then tried to weigh the number of times each statement would have been read given the respective user bases of the two search engines.

His argument makes for interesting reading:

"While there was debate before me as to the relative popularity of Google and Yahoo search engines, neither side made any attempt to lead evidence of the precise number of publications brought about by a Yahoo search engine as compared to a Google search engine. That said, as was noted by counsel for the plaintiff, in support of a submission that I should find that there were more Google publications than Yahoo publications, while the word 'Googling' has entered the vernacular, there is no corresponding word in respect of Yahoo’s products.”