Goatse.cx opens up again - as an email provider

Want absolutely NO ONE to read your mail? 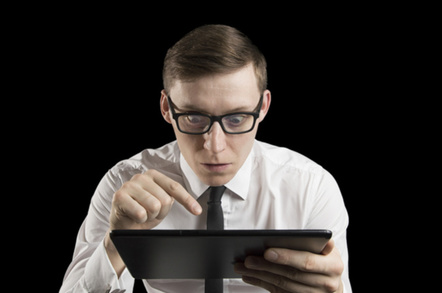 SFW Notorious shock site of a bygone internet Goatse.cx has pulled opened its doors as an email provider.

An Aussie IT consultant, who paid $10,200 for Goatse, will attempt to recoup his costs by selling email addresses using the domain: anyone interested in one can bag an @goatse.cx addy provided they can stretch to $5 a year.

Honestly, it's safe to look at now: goatse.cx is just an email sign-up screen.

Between 1999 and 2004, the domain hosted hello.jpg, an infamous image that showed a stark-naked bloke bending over to expose his rather cavernous back pasage to the camera. The pic spread on Usenet, was hosted on the goat-sex .cx domain as a whim in 1999, and then linked to from all over the internet to troll victims, particularly those on Christian dating sites, who were not expecting to see an xxx-rated gaping rear-end. It became a defining image of Web 1.0.

In 2004 the domain was emptied by the government of the Christmas Islands, which owns the .cx domain, and has lain dormant since then - though, of course, the image still circulates on the internet.

The notorious domain was bought as one might buy a painting, said the Aussie IT bod, who wishes to remain anonymous. He impulsively bought it from a Canadian back in 2008, but first encountered Goatse at university in the early 2000s. He reflected on the changes in the internet since then: