Stob on Quatermass: Was this British TV's finest sci-fi hour?

Let's shake the dead fly out of the DVD 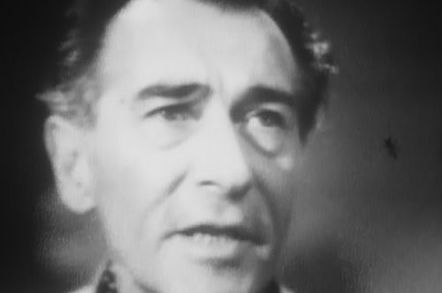 Stob Special In the pub, with my editor. "Those sci-fi classics of the fifties," he mused. "Not the Hammer remakes - the originals. Are they really classics? How do they compare with modern Doctor Who? Are they even watchable?"

[Dissolve to Stob's flat. A portable computing machine is displaying the Amazon website's DVD section. Pan to a TV apparatus. Creep in music. The TV is showing the original 1953 BBC version of The Quatermass Experiment.]

Certainly the opening titles are very fine: Gustav Holst's Mars, the Bringer of War proclaims stridently that Doom is tying on its Angry Boots and marching towards London to give the 1950s a severe kicking. The actual title caption can be picked out of what looks like a very nasty chemical spill. There is a lot to be said for a title graphic that runs out of control of its makers - such as the Doctor Who intro ten years later. (The Outer Limits boys, on the other hand, only pretended to lose control - thus perhaps demonstrating a key difference between the British and American approaches.)

Our story opens at the British Experimental Rocket Group, where Prof Quatermass & co have lost contact with their rocket. This is unsurprising, as the team is shacked up in a control room whose whole technical manifest comprises two telephones, one microphone and one loudspeaker. These last two are devoted to an ante-Skype connection with the launch site in Australia.

"Oh three thirty hours West Australia time, eighteen hundred hours Greenwich time," emphasises a voice, failing to dissipate the impression that the speaker is sat in the next room at Ally Pally, giving us his best Bill Kerr impression.

Contact is regained soon enough, but the rocket crash lands on Wimbledon Common. It is reportedly white hot, and we all - cast, viewers and proto-Wombles alike - have to wait around in real time until it has cooled sufficiently. This moment is determined by one of the professor's sidekicks, who simply reaches out and touches the hull: "Quite cool now - about 100 degrees."

We trust he took the health-and-safety precaution of licking his fingers first.

The capsule finally opens, and a crew member emerges, apparently wearing quite extraordinary clobber, next seen on TV in a 1970 episode of Dad's Army. Sadly the crew member is unwell, suffering from a combination of the bends, an alien infection and embarrassment.

All this is seen through dismally primitive production standards. Characters stroll in and out of range of the microphone and focus. Some of the cameras - and the phenomenon is sufficiently bad to notice afresh each time they are used - suffer from a sort of lens flare that nearly whites out half the picture. And, for the latter portion of episode two, an insect lazily wanders around the frame: 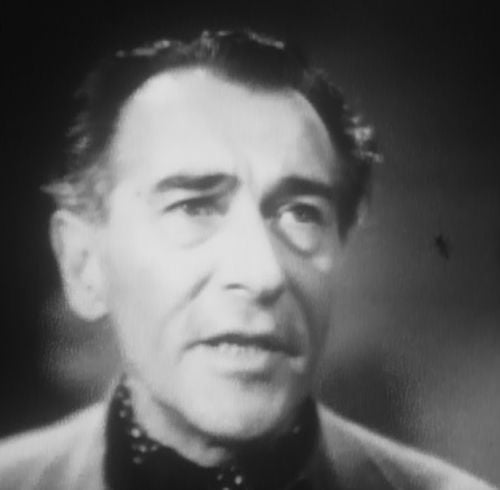 To be fair, nobody in the studio had time to flick the damn thing away, because all this was going out live. Even the writer, the legendary Nigel Kneale, was busy: as these episodes broadcast he hadn't finished writing the serial, and, when he did, he had to make and act the part of the monster himself. This monster will be realised as a pair of oven mittens with bits of twig glued to them.

I cannot tell you how well this improvised special effect worked. I bailed at the end of episode two. I couldn't cope with the drop in quality.

Not the quality of the actual films, mark you. There are simply none to watch. The Beeb didn't record the last four episodes. Instead, one is invited to read from PDFs of photocopies of the camera script. Here, you try: 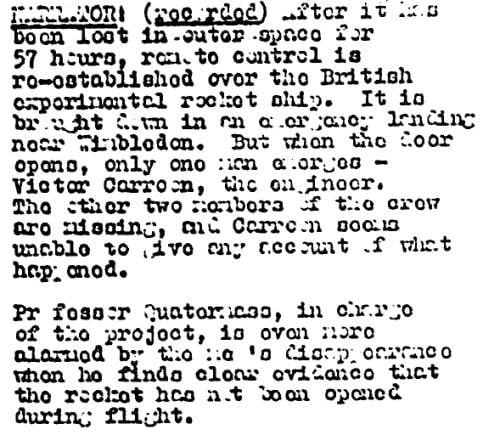 Pretty shocking, eh? (I mean shocking in the 1950s idiom, as in "Considering the eight guineas I paid for my season ticket, the state of this railway carriage is shocking".)

Sadly, The Quatermass Experiment is no longer a great piece of television. Watching it is just an exercise in archaeology. Fortunately, there is more to see.

Next page: Heading into the Pit
Page:
Tips and corrections
59 Comments