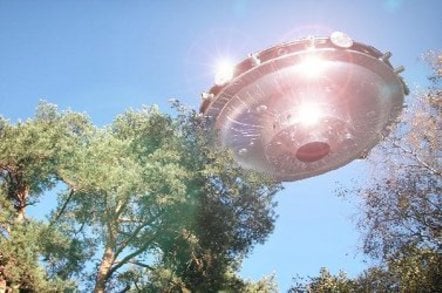 Mysterious UFOs have returned to a remote region on the Tibetan border, according to sightings by Indian troops stationed in the area. The UFOs, which have been reported for years, are said to have included a strange "robot like" figure seen by Indian scientists in 2004 walking along a mountain valley - which then "rapidly became airborne" and flew away.

We learn of the latest military sightings through the trenchant journalism of India Today, which says that Indian army troops and gendarmerie units of the Indo-Tibetan Border Police Force (ITBP) have been submitting reports of strange luminous airborne objects since the summer above the Ladakh region. Ladakh is a remote, mostly uninhabited but heavily militarised zone along the border with Tibet and China.

It seems that the Indian army has checked carefully and the UFOs in question are not manned or unmanned aircraft: these are routinely sighted in the area but can picked up on radar - unlike the UFOs. Indian army radars have been unable to track the strange shining objects. An unmanned aircraft despatched towards one UFO did sight it, but then "lost sight of the object".

According to India Today, the Indian government - stimulated to curiosity by the frequent reports from the military - despatched a scientific expedition to the region in September. The Indian boffins saw the UFOs but were unable to establish what they were.

Scientists say the mysterious objects are not necessarily from outer space.

(In fact the sense of the boffins interviewed by IT was that there is no reason to think they are from outer space, but this is much better.)

We also learn that UFOs have been reported in the Ladakh region for many years, with the best of these reports coming from a group of Indian government scientists who were in the area in 2004 studying glaciers:

A five-member group of geologists and glaciologists led by Dr Anil Kulkarni of the isro's Space Applications Centre in Ahmedabad were on a research trip through the barren Samudra Tapu Valley. They filmed a four-foot tall 'robot-like' figure, that 'walked' along the valley, 50 m away from them. The humanoid object then rapidly became airborne and disappeared. The encounter lasted 40 minutes. It was seen by 14 persons including the six scientists.

Though Dr Kulkarni's report was comprehensive, it appears to have been mysteriously ignored by the Indian government. A clue as to just why can be found in the IT report; we note that Kulkarni's description - in addition to its submission via scientific channels - was also supplied to unnamed "intelligence agencies ... the matter was buried soon after."

I think we all know what happened there. The excellent IT report can be read here courtesy of Yahoo! ®

It may also be worthy of note that a Nazi expedition brought back a small statue from Tibet in the 1930s which has since been confirmed to be of extraterrestrial origin.