Concerns about quality and in-app purchases to be tested 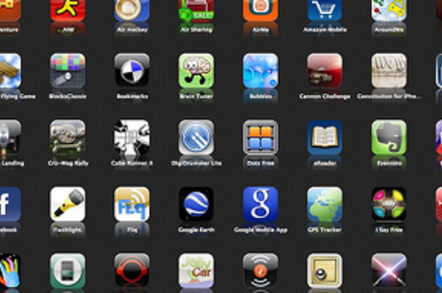 Australia's nanny state will take up residence in its citizens' smartphones, after the nation's government decided to launch “an inquiry into the experiences of Australian consumers with downloading apps, including free and paid apps, and making in-app purchases, on mobile phone and handheld devices.”

Assistant Treasurer and Minister Assisting for Deregulation David Bradbury has initiated the inquiry through Australia's Commonwealth Consumer Affairs Advisory Council, and says it is needed because “In a very short period of time, new mobile devices like smartphones and tablets have changed the way consumers engage in commerce … [but] some consumers have raised concerns about aspects of mobile commerce, particularly where purchases can be made without much difficulty using stored credit card data.“

In-app purchases are singled out for special attention, as some “ … are causing consumers great frustration and cost, and this inquiry will help to name and shame some of the worst offenders.”

Bradbury expects the inquiry will “... look at the adequacy of existing measures to address any consumer concern, including the legal protections available to consumers and the efforts of industry to improve the way they do business with their customers.”

Consumers and the mobile commerce industry alike have been invited to share their thoughts with the inquiry, which will shortly open a public consultation period.

Yourr correspondent knows one parent whose child ran up a four-figure in-app purchase bill in ignorance of the fact that he was spending real money, and not a numinous in-game currency, the parent in question had entered his password without explaining in-app purchases to their child. Furtive calls to Apple saw the charges cancelled.

Yet The Reg knows of no group advocating for such an inquiry, so perhaps it is worth noting that stories about the inquiry appeared in News Limited tabloids on the stroke of midnight of November 5th, while the time stamp in the ministerial press release says it was created on the 5th. That's no smoking gun in terms of an indication the inquiry is spin-driven, but given Apple's reluctance to play ball with Australia's inquiry into local pricing for kit and content, the government will almost certainly find itself with another reason to curse Cupertino.