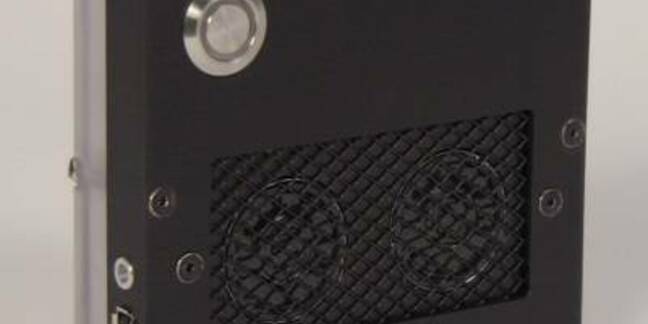 A Canadian company has announced that it’s taking pre-orders for a voice-activated Android computer funded on Kickstarter.

If Unified Computer Intelligence has succeeded in getting what it wanted out of its Ubi, the wall outlet plug-in computer will take instructions – including (for example) “how many teaspoons per ounce?” – through a voice interface that’s activated by saying its name (“Ubi”).

The device claims a microphone range of about 4.5 meters (15 feet), with a normal power consumption of 3 watts (rising to 10 watts if all of its LED indicators are active and the WiFi is transmitting).

UCI is pitching Ubi as a kind of home-automation assistant, with sensors for temperature, humidity, ambient light and air pressure. It could also act as a home assistant box for those with limited mobility or vision. The company also says it plans to release an SDK to try and get traction among developers.

The single-unit pre-order price is $US219, but since that might not be all that useful, UCI is also offering ten-packs for $US1,399, with delivery slated for next April. ®

Plus: Multitasking and other functions rejigged, but no promises they'll stick