Microsoft building its own Phone hardware: Not 'If', but 'When'

The hard route to 3rd place for Redmond 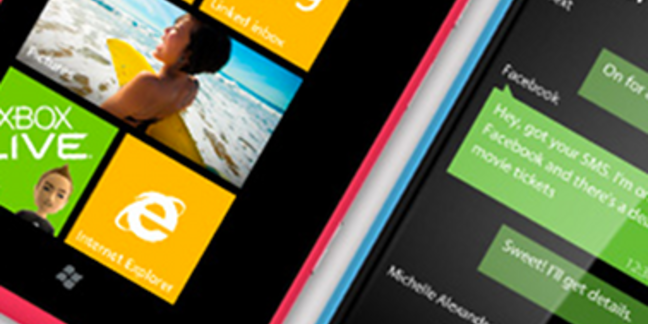 Analysis Rumours refuse to die about a Surface-like smartphone coming from Microsoft.

The Wall St Journal cites unnamed sources as (this time) saying Microsoft is working with component suppliers in Asia to test its own smartphone design.

The paper reports Microsoft "is testing a smartphone design but isn't sure if a product will go into mass production". The device measures between four and five inches, in the same ballpark as Apple’s iPhone 5 and Samsung’s Galaxy SIII.

Rumours of a Microsoft phone have been rife for ages now and this latest whisper comes as Microsoft releases the ARM-based version of its own tablet, Surface, running Windows RT - the version of Windows 8 for the ARM chipset.

Microsoft’s chief executive Steve Ballmer has kept speculation alive, by saying “obviously” Microsoft would make more hardware. He told shareholders Microsoft would build specific devices for specific purposes and the BBC that he would “dive in” where Redmond sees important opportunities to “set a new standard.”

Is Microsoft doing a phone, and why?

There’s so much latitude in the words Ballmer’s using you could drive the Torrey Canyon through the wriggle room and, obviously, Microsoft has precedent on the Xbox.

It’s also worth remembering, when it comes to the phone, that Microsoft has dabbled with hardware before: testing its software on new systems without bringing them to market. The WSJ's Microsoft-own phone could simply be normal software trials.

Another analysis of the own-phone rumour is that Microsoft is simply doing more Apple following.

Google went down this route with the Nexus, selling its own brand handset until handset makers and telcos forced it to backtrack. Now, since Google owns Motorola, Samsung has made it clear it’s interested in owning “its own software”; an alternative to Google’s Android would let Samsung declare independence from Google.

The argument on Surface, amplified by the Microsoft supporters’ club and noise chamber, was that PC makers had screwed up the PC experience - leaving room for Microsoft to do the job properly with Surface. A good point: the PC makers as a class have been slow-moving on form-factor innovation and slow-witted about putting the needs of crapware makers ahead of the interests of ordinary users, who simply want a clutter-free PC.

The same cannot be said of smartphone makers, which have set the agenda for PC makers to follow on device and touch-based computing.

But Microsoft’s early experience on Surface is also revealing itself to be somewhat challenging. It seems Windows RT is actually slower at running apps built in Microsoft's C# than a Samsung Intel Core i5 Samsung Slate. No wonder Microsoft withheld Windows RT test devices rather than risk de-railing a smoothly managed release process.

IDC: Windows Phone grew most quickly, but 2% is not a lot

Microsoft might be forced into making its own Windows Phone handset not out of love of hardware or to deliver some mystically improved user experience, but rather because it charges hardware makers too much money to license Windows Phone. And if it wants more uptake of Windows Phone, it’ll have to overcome this.

Microsoft doesn’t say what it charges for Windows Phone, but ZTE earlier this year said Microsoft is charging between £15 and £20 to license Windows Phone 7.

The problem with Microsoft for decades has been twofold: the price of licensing Windows coupled with an operating system that device-makers are not allowed to customise – kit running Windows has always had to feature the Windows look and brand. Windows Phone continues this payment model. Meanwhile, with Metro, Windows licences are locked in to a hardened prescribed look-and-feel like never before. Windows Phone 8 doesn’t just put apps into tiny little boxes, there have been improvements made both with Bing and Skype - yet more Microsoft-owned and branded properties.

Android, by contrast, has given handset makers a great way to slip free of the burden of Microsoft branding. And IDC’s preliminary worldwide third-quarter stats show just how much device-makers have run from Microsoft. Android phones broke a new record with 136 million units, 75 per cent of all handsets for the period. iOS was the only other to double market share, but was a distant second on 26 million units and 14.9 per cent market share. A year in, Windows is on 3.6 million units and 2 per cent of the market.

Microsoft saw 140 per cent year-on-year growth, with Android on 91.5 per cent but – obviously – Windows is coming from a much lower base.

Charging handset-makers £20 per handset to use something they can’t modify thanks to the design fascists at Redmond is a sign Microsoft hasn’t changed. It’s also a big reason Windows languished on mobile and why Android exploded. When Steve Ballmer laughed off the first iPhone, he had no idea how bad things could get: the first iPhone was released in 2007, and Android didn’t come until a year later.

If other handset-makers prove reluctant or unwilling to use and promote Windows Phone software, then it might be that Microsoft is its own best hope in producing a killer Windows phone. There is, in theory, nothing to lose in terms of damaging relations with handset-makers.

But such a move will come a huge loss to the company, because Microsoft will need to absorb the licensing it would have charged others. The Windows Phone unit is already one of Microsoft’s most anaemic business units. It is unlikely that Microsoft will able able to bag top spot or even second place, though it might have done if it had more partners. However, breaking out and making its own phone is almost certainly Microsoft’s best option for coming third. ®