Huawei reaches out to critical German hacker over router flaws

'Sometimes one needs a quick slap in the chops' 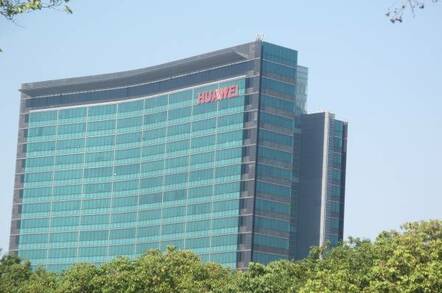 Huawei’s efforts to improve its information security credentials have appeared to receive a boost after CISO John Suffolk revealed the Chinese tech giant is engaging with a researcher who exposed flaws in some of its routers.

Former UK government CIO Suffolk told Reuters at a security summit in New Delhi that he's sending a team of underlings to meet German researcher Felix Lindner, who has been an outspoken critic of Huawei in the past.

"We've very much taken on board Felix's views and you'll see over the coming period we've got a whole host of significant operations to deal with these issues," Suffolk told the newswire.

“We like these comments, although sometimes you think to yourself that's a bit of a slap in the face.”

They claimed the products, which address the home office (AR18) and mid-sized enterprise (AR28) markets, contained 1990s style code and no OS hardening, leaving them open to “nineties style exploitation”.

They also complained that it had been difficult to responsibly disclose the flaws, claiming Huawei has no obvious “externally visible product security group”.

Although the Chinese tech giant at the time responded fairly unequivocally, by pointing all such cases towards its Network Security Incident Response Team (NSIRT), Suffolk now seems to be striking a more conciliatory tone in an attempt to effect lasting improvements in product design.

“Sometimes you need a bit of a slap in the face to step back, not be emotive in your response, and say what do I systematically need to change so over time any these issues begin to reduce?" he told Reuters.

"I can fix the Felix issue in a few lines of code. But I'm interested in systemic change within Huawei."

It remains to be seen whether improving the security and reliability of its products will convince governments such as the US and Australia that Huawei doesn’t pose a national security risk, however.

The US House of Representatives Intelligence Committee report came out against Huawei despite releasing no evidence to prove its products contained deliberate backdoors. ®