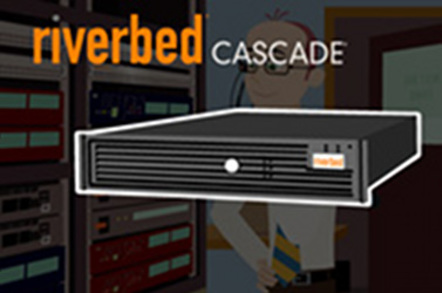 Opnet's software manages traffic on networks, an area of the industry that has held steadier than orders for network hardware.

Like everyone else in the world, telcos are tightening their belts and waiting for the global turnaround to start feeling a lot more like it's actually happening before spending any big money on network gear. But network management software is still doing well as the telcos try to milk the most out of their Wide Area Networks.

Riverbed already has WAN optimisation products but adding Opnet stuff will strengthen the firm in that market.

The network company said it hoped to close the acquisition by the end of this year. With Opnet on board, Riverbed is expecting its 2013 revenue to exceed $1bn.

“The addition of Opnet establishes Riverbed as the clear leader in the high-growth and converging application and network performance management markets,” Jerry Kennelly, chief of Riverbed, said in a canned statement. “This acquisition also transforms Riverbed into a billion dollar revenue company." ®