'If the copyright cops won't protect rights, who will?' 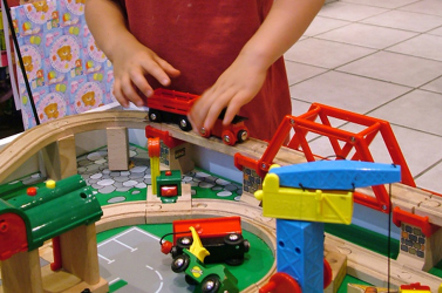 With the British economy now increasingly dependent on "intangibles" - brands, designs, patents and copyright - a cross-party group of MPs and peers has called for stronger support for the industries which produce such things at Whitehall. It has also called for bureaucrats to stop kicking these industries in the nuts whenever they can.

In a new report, the All Party Parliamentary IP Group chaired by John Whittingdale MP wants stronger ministerial oversight of Whitehall bureaucrats and the transfer of the UK Intellectual Property Office, known before 2007 as the UK Patent Office, to the Ministry of Fun (aka the Department for Culture Media and Sport).

Following an inquiry earlier this spring, the MPs call for IP to be explicitly recognised as a property right, bringing it into line with the rest of the world. The Group says emphasis on creating new IP (and economic growth) has been neglected in favour of a focus on how existing stocks of IP are accessed. The report also calls for a champion for IP in government, and for all departments to recognise the impact of their policies on IP sectors - much as they're obliged to do now for "sustainability" when it comes to environmental regulation.

Several recommendations are specifically designed to keep the Intellectual Property Office in check. The IPO has been heavily criticised in recent years for being overly sympathetic to companies which operate by using other people's intellectual property to make money - for instance Google, which clips content from other providers and places adverts alongside it.

Since 2008, under a rapid succession of weak ministers, the IPO has become a hotbed of radical anti-IP activism. Some of the proposals (PDF) floated by civil servants including Ed Quilty, nominally the "director of copyright enforcement", would take the UK out of the international copyright system entirely, inviting economic retaliation from UK trade partners. The All Party Group strongly rejected the popular academic view, apparently endorsed by the IPO, that copyright is merely a regulation, rather than a property right.

"If the Intellectual Property Office isn't trying to protect IP and it's called the IPO - I wonder who is," said Lord Timothy Clement-Jones, the Lib Dem culture spokesman in the Lords, at the launch of the report. Clement-Jones contrasted the collaborative, market-building approach of Richard Hooper with the antagonism of the IPO, dubbed the "Intellectual Property Obliteration" department by its many critics. Hooper was appointed by Business Secretary Vince Cable last year to lead a feasibility study on developing a Digital Copyright Exchange.

"The way IPO describes its own role is extraordinary," Clement-Jones said. "It never talks about protecting and enhancing IP, or the enforcement of IP. There's a huge gap there in government".

"The inquiry came about because of a growing concern that people who depend on intellectual property rights for their livelihoods thought it was not getting sufficient recognition in government," said Whittingdale. "The IPO was very good at some things but there were areas where it could be stronger."

"FREEEEEZE! Put that parody down" - the world according to Ed Quilty [PDF]

The report noted the difficulty that the IPO bureaucrats had when attempting to describe IP in hearings before the Group earlier this year. Their reference to a "framework" implicitly undermines it, the report points out, and lends itself to regulatory tweaking, rather than consumer-friendly market building.

"We question whether such a laissez-faire attitude would be taken to other property rights and if they were, whether senior Officials and Ministers would allow such an attitude to pervade," muse the authors.

Policy development within the IPO should also be much more closely scrutinised, they argue.

The report can be found here (PDF). The IPO's activism prompted a Parliament debate last February, and the Group held three witness hearings last spring, which you can find here, here and here. ®