Who were the SECRET 28 who ended all climate debate at the BBC? 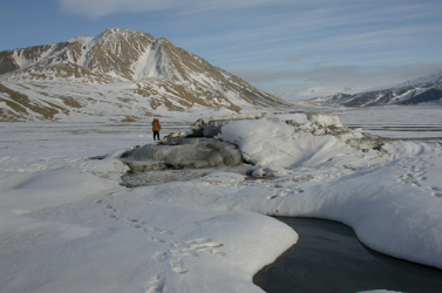 Far from the Jimmy Savile scandal, the director of BBC News Helen Boaden took the witness stand in London today.

A squad of Beeb legal staff, including two barristers, crammed into a small court room to support the £354,000-a-year news chief against her opponent, a North Wales pensioner who was accompanied only by his wife. The case is a six-year freedom of information battle in which the BBC is refusing to disclose who attended a seminar it held in 2006.

This seminar is historically significant. The BBC's global reputation for news reporting stems from its unshakable impartiality; even in wartime its commitment to maintaining evenhandedness has occasionally enraged British politicians (and sometimes servicemen). Following that 2006 seminar, however, the corporation made a decision to abandon impartiality when covering climate change - and that's according to the BBC Trust. This was an unprecedented decision for the BBC in peacetime.

On what basis was this made? In June 2007, the Trust, which governs the gigantic publicly-funded broadcaster, published a report with the gnomic title From Seesaw to Wagon Wheel [PDF]. That document gives us this clue:

The BBC has held a high-level seminar with some of the best scientific experts, and has come to the view that the weight of evidence no longer justifies equal space being given to the opponents of the consensus [on anthropogenic climate change].

Blogger Tony Newbery was curious as to the identity of these "scientific experts", and filed a Freedom of Information Act request, as he outlines here in an introduction to the saga.

The BBC merely confirmed to Newbery that the seminar took place but not who attended. Rather surprisingly, the "best scientific experts" - who you may think would want the world to know who they are - have not volunteered the information. This baffled our blogger.

"Advising such a body − or in the BBC’s words, providing training − at a formal seminar with a title such as 'Climate Change – the Challenge to Broadcasting' can in no way be considered to be a private matter of the kind that could reasonably fall within the scope of the Data Protection Act," he argues. "It is a very public act and those involved could hardly be unaware of this. It is a very long way from the kind of privacy concerning medical records or personal finances that the Data Protection Act is intended to safeguard. It is unreasonable for anyone who embarks on such an exercise to expect to be anonymous."

The BBC disagreed and, at great expense, continues to refuse to disclose the names of the participants. All we know is that in Boaden's words, the 28 "external invitees" were "representatives from business, campaigners, NGOs, communications experts, people from the 'front line', scientists with contrasting views and academics".

To cut a long story short, and fast forwarding to today, Newbery's probing has reached an Information Rights Tribunal; the case heard is titled Tony Newbery vs the BBC and the Information Commission.

The corporation has refused to hand over the requested information, defending its inaction using two arguments: one is that the refusal is justified for the "purposes of journalism", the other is that the attendees of a meeting held under the Chatham House Rule must not be named. [A more usual interpretation is that no quotes, statements etc can be individually attributed to such people - Ed*]. Newbery maintains that the BBC, as an organisation bankrolled by the public and operating under a Royal Charter, must reveal its guest list as a matter of legitimate public interest. Boaden took the witness stand at shortly after 10am today.

The two BBC arguments appear to be contradictory, Newbery argued. The BBC insisted that the details of the seminar "cascaded down" the organisation but Boaden claimed on the witness stand that there was no information to disclose: "There was no collective note," she said. This is a paradox that needs unraveling.

Boaden explained that she had approved of the 2006 meeting in order to broaden the experience of Beeb hacks so that "journalists remain curious and are up-to-date".

"The seminars bring together individuals who want to share their views but don't want it widely known that they're there," said Boaden. She added it was unfair to disclose the list of participants because they could not speak frankly if they were identified.

The BBC's director of news said she was particularly impressed by the testimony of a representative of the insurance industry at the 2006 seminar. For Boaden, this attendee's belief that cost of climate change will increase carried enormous weight. This is an odd statement: since profit-seeking insurance companies pocket revenue from premiums, they materially benefit from the higher premiums that accompany predictions of catastrophic climate change. Without the warnings of catastrophe, there is no need for higher premiums, so it's not an impartial observation.

Boaden confirmed there was no record of the meeting at the BBC at the time of Newbery's enquiry nor had she kept any notes. Anyone who had, she surmised, had kept them as personal memoirs.

When it came to a cross examination by Newbery, David Marks QC, the presiding tribunal judge, threw a thick protective cloak around the BBC's star witness, refusing to allow the blogger to pose many of his questions to Boaden directly. As a result, most remained answered.

"If the BBC had no record of what was said," remarked Newbery, "the first part of the Chatham House Rule doesn't apply. I can't request it. It doesn't exist."

The judge sternly reminded Newbery that any line of enquiry that allowed the identity of the attendees to be inferred should not be allowed. Marks also stepped in where he thought Boaden may not have been able to answer. Marks even intervened to prevent one line of enquiry very germane to Newbery's case: the blogger wanted to know if the attendees were there in a private or public capacity.

”It could be both,” mused the judge. “I'm reluctant to allow Ms Boaden say anything about this. I doubt if she can add anything to what is a submission by you. You’re under a severe warning from me not to go anywhere near the question.”

The Beeb's climate change seminar had been organised by the Cambridge Media and Environment Programme (CMEP), established by activist Joe Smith and BBC reporter Roger Harrabin. CMEP received funding from the hardline green organisation WWF and the UK government's Department for Environment, Food and Rural Affairs. It later transpired that £15,000 was also received from the University of East Anglia - the institution at the heart of the Climategate scandal. (Smith explains CMEP on his own blog here, pointing out that attendees were typically invited in a private capacity.)

The tribunal hearing was a surreal occasion, particularly as the Savile sex scandal has put the corporation's opaque decision-making in the spotlight. What is not in doubt is that a journalist's confidential sources should remain confidential and beyond the scope of Freedom of Information requests. Hence the exception for journalistic purposes in data protection legislation.

But is this an appropriate comparison? Was this seminar journalism or policy-making? With its six-year legal battle, conducted at great expense, the BBC has effectively made "the best scientific experts" into anonymous sources, and handed an arsenal of ammunition to its critics.

But it was about to get even more surreal.

The second witness on the stand was another BBC executive. After she had finished, I asked her for the correct spelling of her name. She reeled and stepped back a pace, then emitted the universal signal of distress for Beeb bosses in trouble: rapid eye blinking. A member of the legal team rushed over asking if they could help me. I repeated that I hadn't caught her name, and would like to spell it correctly. The flunky provided it as the executive looked on. Phew.

A member of the legal team spelled the name of the BBC witness
for me with the witness, Frances Weil, standing by my side.

The case continues, but like Boaden, I had other pressing matters to attend to. We've asked for how much the bizarre six-year saga has cost you, the telly licence payer. ®

Comments cannot be posted on this story for legal reasons. However, as usual readers can contact the author via the link at the top of the story.

Can participants in a meeting be named as long as what is said is not attributed?

A. It is important to think about the spirit of the Rule. For example, sometimes speakers need to be named when publicizing the meeting. The Rule is more about the dissemination of the information after the event - nothing should be done to identify, either explicitly or implicitly, who said what.