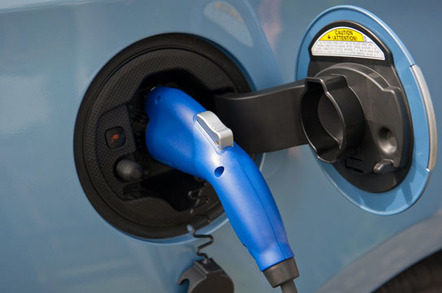 Chinese car manufacturer BYD will help to make the streets of London just a little bit greener after signing a deal with the capital’s second largest minicab service to supply the city’s first fleet of electric taxis.

Greentomatocars, which describe itself as “London’s second largest quality minicab service”, signed a Memorandum of Understanding with Shenzhen-based BYD to take 50 of its e6 electric models on a trial basis from Q2 2013.

The zero emission (from the car) e6 features a 75kW motor and BYD’s proprietary Iron Phosphate (Fe) battery, which apparently get the car 186 miles on a single charge, assuming ‘urban’ conditions, and a none-too-shabby top speed of 87mph.

The Fe battery can be fully charged and discharged for 4,000 cycles, the firm said.

It is my aim that London's minicabs and taxis will be zero-emission by 2020, which will have a major impact on air quality. Every year the fleet is getting cleaner, making our city an even more attractive place to live, work and visit. Encouraging many more electric vehicles is a key part of this transformation, so it is great news that greentomatocars has committed to operating 50 of these super clean machines from next year.

Although showcased at the Shenzhen Hi-Tech Fair in 2009, BYD’s flagship electric car didn’t go on sale to the public in its home town until 2011.

Earlier this year a fatal collision involving an e6 electric taxi and a sports car saw all three occupants of the BYD car killed after it hit a tree and burst into flames, according to Green Car Congress.

However, investigators found no flaws in the safety design of the vehicle, which was ploughed into by a Nissan GT-R sports car going 150 miles per hour.

A short circuit in the high voltage distribution box was pegged as the cause of the fire. ®

Singapore rides to rescue of local cabs by out-Ubering Uber

'Leccy Tech I 'ad that Liffium Ion in the back once...