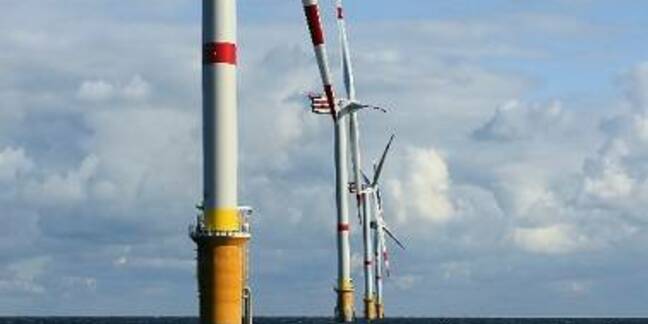 Opinion EDF Energy is the latest of the UK's Big Six energy suppliers to announce brutal price rises, in this case an increase no less than 10.8 per cent - yet the company openly admits that energy prices would call for a 2 per cent rise at most. Why on Earth does the firm think it's OK to implement a price rise almost six times that figure?

As one might expect, most of EDF's statement (pdf) announcing the rises consists of waffle to the effect that many customers won't be affected, all the other suppliers have done the same, old people will get the best possible deal etc. But down in the footnotes we get to the figures:

The company has seen a sharp increase in costs since the start of the year, with transmission and distribution charges rising by 9%, and the costs associated with the implementation of obligatory renewable, energy efficiency and social schemes increasing by more than 50%. The cost of buying energy has also risen by 4% for next year ... The cost of buying energy accounts for around 50% of a typical energy bill. The other half is made up of non-energy costs.

Or in other words, the cost of buying energy would justify a price hike of around 2 per cent. The other 9 per cent, the great bulk of the increase, is mostly down to "renewable, energy efficiency and social schemes" and partly from "transmission and distribution charges".

Nothing much has changed in the area of social-inclusion schemes as applied to the energy market: various disadvantaged groups (old folk on low incomes, for instance) still exist and still get cheaper energy which the rest of us pay for through increases on our bills, but there aren't suddenly more of these people, nor are they using more gas or 'leccy. So we can forget the "social" bit. The 50 per cent climb in the obligatory-government-schemes payments we are compelled to cough up is entirely down to renewable power and energy-efficiency. That latter is cheap insulation and the like offered by the energy firms, which is only cheap for those getting it because the rest of us pay more on our bills.

It might seem a little puzzling that the costs of getting energy to us through the national grid have climbed noticeably in just one year, as there aren't that many more of us and we aren't using that much more juice. But in fact the costs of the national grid have nonetheless escalated seriously, so the grid charges the energy suppliers more and they charge us more. The grid's costs are up mostly because of renewable power: and they will go up more due to renewable power, as the Grid people have explained at length.

So it's quite plain that the great bulk of this brutal price hike comes directly or indirectly from renewable power and energy-efficiency efforts. In other words, it comes from compulsory government programmes intended to cut our national carbon emissions. Without these programmes designed to force up our energy bills, there would be no windfarms and insulating your house would cost so much that it probably wouldn't be worth doing, especially as energy would be a lot cheaper.

You wondered how all those windfarms get built, when they could never pay for themselves by selling electricity? This is how. You wondered why companies which make their money selling energy are always offering you cheap ways to use less energy? This is why.

You can now put a price on the government's lofty statements of carbon virtue - and that price is steeply climbing energy bills for the foreseeable future, as the Renewables Obligation scheme is on a pre-set progressive escalator and various other massive incentives to renewable power are being offered. People talk of "subsidies" to green energy, as though the taxpayer were paying them. That would at least be a bit fairer, as the tax system is progressive and takes more from the rich, but in fact most of this money is never touched by the government.

This system of cranking up everyone's energy bill hits the less-well-off disproportionately hard: and it's also dishonest, as politicians and energy firms alike decline to tell you bluntly why your bills keep going up.

Just remember that, then, the next time you hear a politician stigmatised as a climate sceptic. A vote for that politician is a vote against this sort of vicious price rise, this sort of stealth tax targeted on ordinary folk who find their energy bills a significant cost - the sort of hit that most of us will find pretty painful, given the current economic climate. ®