"We were doing GoldenEye at the advent of the CGI wave. I thought we had five years left," Corbould says - he thought it was the end for FX. But what happened was that CGI created more opportunities for live-action work.

"I have 40 people on the FX crew in GoldenEye; by the time I did Die Another Day I was up to 100, because they could show a meteor hitting the ground, and we would do the cars flipping up and exploding." Corboud's mixing up his films, the meteors he mentioned were in Armageddon around the time of GoldenEye, but the principle stands.

So what are the component parts of the Bond set-piece machinery? 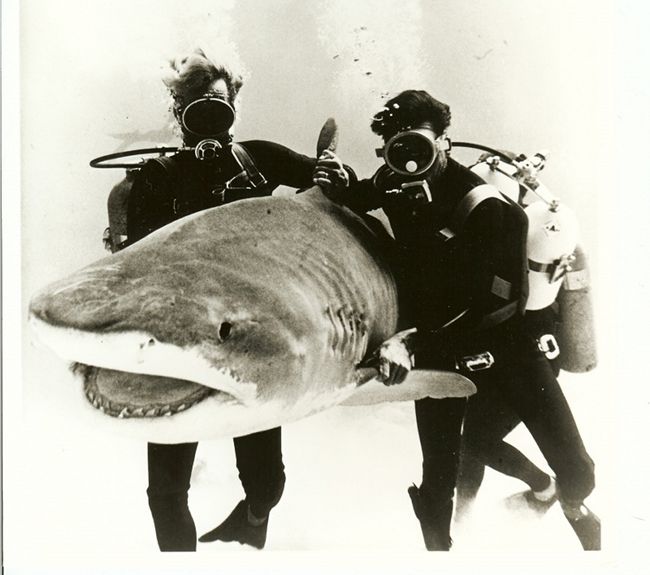 On Thunderball, Ricou hired 60 divers and a crew of 13 recruited from the Miami area, with rehearsals conducted on dry land and, once underwater communicating using nothing more sophisticated than hand signals. Browning had underwater voice communications in time for Never Say Never Again, but this purist reckons through-water comms just made things worse "because everybody wanted to talk".

"Directing underwater is no different to directing topside," he says casually. "The only difference is in the element, so you talk the scene over and rehearse it on dry land or aboard a ship or barge. Then you go under water and shoot the sequence."

Browning says he spent a "solid month" under the waves directing.

"I'd say it was like shooting a horse sequence with groups of cowboys and Indians on different sides. You keep doing it again and again until you get the shot," he says.

The hardest part wasn't communications or air, it was simply fighting the currents and getting the frogmen to meet and fight in the middle once they'd descended. "Once they met you could cut to the individual fights. If somebody shot a spear gun into another person we'd have the spear in the other person and we'd whip the camera on to that person and it would look like they'd been shot."

Browning met Broccoli and the team every four days to discuss progress; he thanks Broccoli for giving him the chance to direct "as I saw fit". "With Thunderball, I wasn't on a tight budget. I was able to take the time to do it correctly," he said.

Sharks were a big feature of Thunderball and Never Say Never Again, creatures considered suitably exotic and sinister to a post-war audience coming out of gloom. Nothing says cruel and ruthless like Largo with his own pet sharks, used for casually offing underperforming henchmen and annoying secret agents.

Browning and team landed the role of taming and handling the sharks, bringing them on to the set and doing what was called for.

"We had to take the time to work with sharks and it tames some time because you can never tell what a shark will do," Browning says.

Sharks where held in underwater pens with ropes around them to make them easier to catch - this was the era before PETA. Come shoot-time, Browning and two fellow fearless divers would snag a shark and hold it by the fins.

"We'd back off if it was too hot," he tells us. The shark was then maneuvered into position and released for it to (hopefully) swim a straight line through the shot into open ocean. Divers would swim down to try to bring the shark back, but mostly it was gone.

Through all this there were just three injuries, one of which befell Browning: in a fight scene he rolled from the upper deck of an underwater wreck onto the lower deck and landed on a spear gun that was leaning up against the hull, with the spear going into Browning by about an inch.

"Went to the hospital and they cut it out," he says. "It wasn't that serious."

For Fornof, the risks came higher and faster. Among Fornof's appearances, you'll see him in The Living Daylights landing a Cessna on top of a moving road tanker (he was the pilot). The challenge: warm temperatures - 118 degrees on the day of the shoot - meant the air was almost too thin to support the plane while travelling as fast as the tanker truck could go. The plane was going so slowly that it was on the verge of a stall throughout, and the oval shape of the tanker meant shifting slipstream, making a landing even harder. Multiple takes were needed.

Lassoing the Cessna from a helicopter in the same film was a sequence that took three weeks to prepare over the skies of Miami. It was such a serious piece of work, Fornof had to meet with US Coast Guard chiefs in Washington DC beforehand. The idea itself held such potential that members of the CIA showed up to film the scene.

"Cubby asked me - can we take an airplane our of the air and I said: 'Yes, we can. I've got a stunt I've been working on for years," Fornof says. 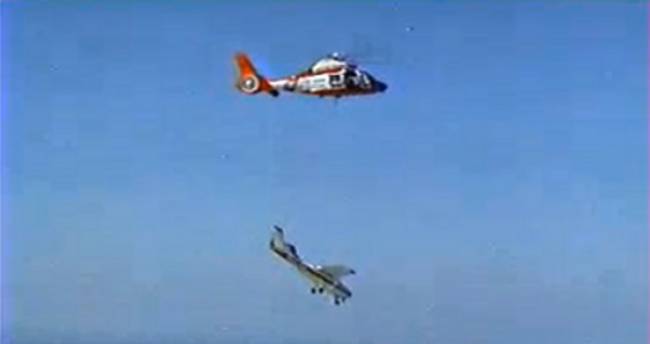 Fornof devised, planned and executed a program to lasso a plane in mid-air using a helicopter

"I wrote a test program - taking our stunt man out to lower him onto the plane's tail on a wire [manoeuvring himself] using sky diving skills. We found he could reach 45 degrees left or right of the helicopter, flaring out to go back and balling himself up to swing out in front. Then we moved to putting the plane in the air. We developed a safety measure for me and the helicopter. The most dangerous part? There was no [para] chute on the wire."

When it came to the aircraft hangar scene, Broccoli and fellow producer Michael Wilson had an idea of what they wanted - Broccoli had wanted the scene four years earlier in Moonraker, but it was dropped during filming thanks to bad weather. Fornof had a meeting with Broccoli and Wilson where the subject under discussion was: can this scene be done and what could be added to complete it? What sealed the deal was Fornof's real-life landing in North Carolina.

"I told them about the landing on the highway," he said.

It was pushing the Delta Bravo jet through the aircraft hangar that held the most risk, though.

Next page: Programming... under pressure
Page:
Tips and corrections
41 Comments