iPad Mini: Why is Apple SO SCARED of the Kindle?

Pocket stroker device may be cursed by Jobs' ghost

If we wanted to, we could see the iPad Mini as a product that Apple always wanted to make, a revolutionary resolutionary device, a magic original product that will change the world.

"Boom! Boom!", as the great leader used to say.

But it won't be. As a 7-inch version of the current iPad with slightly lower specs (we anticipate), this isn't going to be a genre-redefining zinger. This isn't a stroke of originality or a masterpiece of technological innovation. It's going to be cheaper, smaller and – we understand – aimed in part at the education market.

In fact from what we know so far, the key feature of the iPad Mini is where it and Apple sit in various marketplaces, not its technical accomplishments.

This is a product that puts Apple in a new place – it's the hat that Apple has chucked in the ring to show it fancies its chances in a clash of the mini-slabs with Samsung and Amazon. It is also exactly the type of product that Steve Jobs ruthlessly weeded out of Apple when he took back the reins back in the nineties - when he famously wiped out 20-odd product lines and focused in on only four devices. 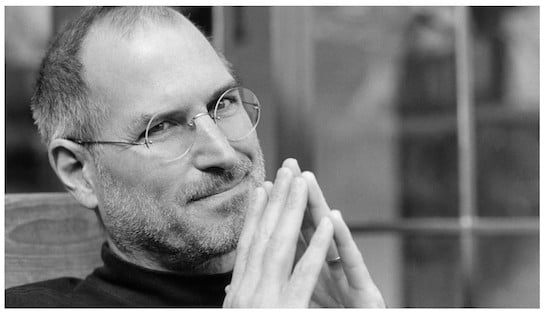 iPad Mini: Is Apple betraying Steve's principle of product first by releasing a device with the main purpose of sealing off a market?

Steve didn't want different screen sizes either - he wanted to keep the experience uniform across all devices. That changed with the iPhone 5's expanded screen and now it's changing again with the shrunken iPad. But it's not the screen size that is the problem as such. Though Tim Cook clearly can't run a company second-guessing what hardware specifications Apple's dead leader might have preferred, this move to make a "gap filler" device is a change of principle, and that is interesting. And maybe bad.

We're not alone in thinking that this resized piece of hardware is a salvo against the Amazon Kindle rather than an innovation. And perhaps the low-key launch Apple is setting up tonight is an admission that it thinks so itself. The mini-slab is likely to be launched alongside a new version of iBooks too - a clear move to challenge the Kindle.

Of course, Apple makes Macbooks in different sizes, although it has never felt the need to compete at the low (priced) end of the laptop market. However, it is going to the trouble of stooping down to beat out the Kindle in the tablet field. And that's surprising for a company that has reached the peak of the tech industry by relentlessly focusing on premium products.

And it's not just the Kindle Apple aims to beat, it's Amazon's business model too. Amazon isn't producing revolutionary hardware, but it does have revolutionary business ideas.

Ten years down the line, Amazon is going to be a big threat to Apple. In the tech game it is Amazon – not TV, hoover and phone-maker Samsung – that Apple needs to be worried about.

Samsung sweeps up all market share that Apple doesn't cream off but the two manufacturers are playing the same game and Apple, usually, outperforms the South Korean company. That competition is relatively predictable.

But Amazon is doing something else. Amazon is selling cloud space; it's selling MP3s; it's selling eBooks; it owns film-streaming service LoveFilm; it's selling web-enabled devices; it has one of the biggest websites in the world; it has the credit card details of millions of people.... It's an odd portfolio of services but it works.

The Kindle really was a surprise hit, but it was Amazon cleverly leveraging its power in one area - book selling – into selling a device where people could buy books. According to the traditional divisions in the tech industry, going from online retail to device manufacturing was a big step, but it made perfect sense to users. And it is pulling in money.

And it's just that kind of content-focused thinking, rather than here's-a-new-piece-of-kit thinking, that could whip out the rug from under Apple's feet.

The best recent analysis of Apple came out of the Apple Maps furore - from Wall Street Journal business writer Holman Jenkins - where he sketched out a future where Apple's closed system, which has served it so well in the past, will weaken it in the future. He explained why the Maps episode was symbolic:

However much it might benefit Apple's business model to force users to patronise its own maps app, the company won't get far in trying to deny them Google's far-superior app. Apple for a while managed to tame the power of content and make it subservient, but that day is coming to an end.

TV is another example of this: people want to watch Homeland on whatever screen they have to hand, he said, not to have to buy it on one piece of hardware and find that the content is only accessible on that device.

And with the rapid spread of the cloud - the success of Netflix, Spotify, Google Drive - people want to be able to pick up their content wherever the web is, and Apple's closed garden only-on-our-device biz model is starting to work against it.

The iPad Mini is a strategy play product, not a product. Apple needs to watch that or it is going to be vulnerable to people playing more imaginative games. ®