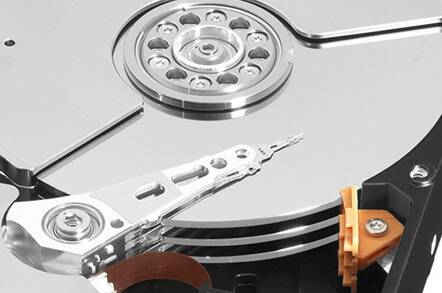 Western Digital's disk sales slumped in its last quarter, leading to lower revenue and profit than in the previous three months. Its next quarter is going to be even worse. 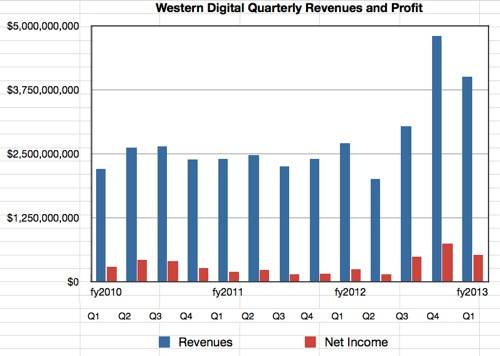 The reason for the sequential fall in revenue and profit was that 62.5 million disk drives were sold in the quarter, 12 per cent less than the previous quarter - disk drive demand went down. Why was that? CEO John Coyne said: "The macroeconomic environment is dampening near term demand." The company says it's confident that long-term demand is growing.

President Steve Milligan went into this in more detail in the earnings call: "There are several dynamics currently limiting market demand: first, global macroeconomic weakness, which is impacting overall IT spending; second, product transitions in the PC industry; and third, the continued adoption of tablets and smartphones, which is muting PC sales growth."

Disk sales should grow about three per cent in the long-term, WD reckons, because customers have to "store, manage and connect the massive and growing amounts of digital data in their personal and professional lives. This opportunity extends well into the future".

The big question is: will demand actually recover? Competition from flash-based tablets and notebooks will continue although hybrid drives could reduce the impact of pure solid-state rival storage. Windows 8 could reignite PC demand. The overall economic environment seems somewhat stable these days: we're all waiting for changes in China, the euro situation to grind to some kind of conclusion, and the outcome of the looming US presidential election. Nothing is going to happen quickly.

Nickl expects the next quarter's revenues to be between $3.55bn and $3.7bn; demand is continuing to go down, with Nickl referring to "the muted demand environment, a seasonal reduction in our gaming business and a planned reduction of our 3.5in contract manufacturing for Toshiba". A bleak mid-winter is coming. ®

When Australians buy apps on the Store, punters' sales taxes will come on shore

States can't agree on anything

EU puts Hitachi GST on the menu for hungry WD