VMware profits pinched in Q3, but not as pinchy as expected

New CEO Gelsinger gets a new CFO to match 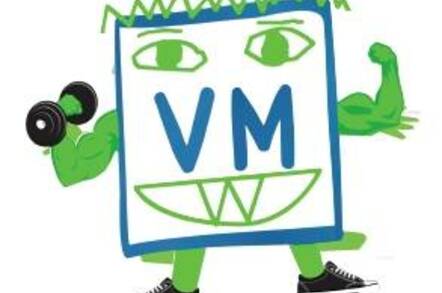 Despite the fact that the economic conditions in Europe and Australia weakened in the third quarter and that the company didn't launch its updated virtualization and cloud software until late August, VMware turned in numbers that more or less met expectations.

Just the same, profits were down 11.7 per cent to $156.8m against a 20.4 per cent jump in revenues to $1.13bn in the quarter ended in September, and Wall Street will not necessarily be happy that those numbers are pointing in two different directions.

Carl Eschenbach, COO and co-president at the virtualization juggernaut and for the past six months also its CFO, said on a call with Wall Street analysts after the market closed that one of the problems is that in the previous year's reporting period VMware had launched its vSphere 5.0 server virtualization stack and related cloud add-ons in July 2011, early enough in the quarter for them to be solidly shipping in the third quarter and ramping strongly in the fourth quarter.

This impacted VMware's top line, and therefore its bottom line. But it is always helpful to remember that VMware is generating as much revenue from its virty servers as IBM makes from its Power Systems and System z mainframe lines, and quite a bit more than either Oracle or Hewlett-Packard get from their respective Sparc/Exa and Integrity/Superdome lines.

It is truly remarkable that fake servers running on ESXi rival any single physical RISC/Unix or proprietary server base. (And, VMware pulls a hell of a lot more profit out its virty servers than anyone except the IBM mainframe extracts from their physical ones.The x86 server collective is still a lot larger than VMware's server infrastructure, which accounts for slightly under 80 per cent of the company's revenue bookings in any given quarter.)

In the third quarter, software license revenues grew by 10.7 per cent, to $491.1m, which Eschenbach said was in line with what VMware expected. VMware does not break out revenues by products, but Eschenbach said that management and automation products accounted for in excess of 10 per cent of bookings during Q3, and so did end user products like the Workstation and Fusion hypervisors for PCs and Macs, respectively, and the View virtual desktop broker and Horizon app manager.

So you can infer from that what you will in terms of license revenues by product line. VMware could just stop obfuscating and break them all out as distinct product lines. All that VMware did say is that blended average selling prices across the vSphere SKUs were the same as in the second quarter of this year.

Software support and maintenance contract revenues rose by 29 per cent to $550.6m, and as has been the case in past years, the average support contract that customers bought during the quarter exceeded 24 months across partners and SMBs on the one hand and among large enterprises who have license agreements with special deals.

Eschenbach said that enterprise license agreements represented 24 per cent of bookings in the quarter, down from 29 per cent in the second quarter of this year and reflecting a similar drop this time last year.

By region, Australia, excepting its mining industry, was singled out as being particularly weak along with unspecified countries in central and southern Europe. Sales in the United States rose by 25 per cent to $554m, and international sales (meaning those outside of the US of A) rose by 16 per cent to $580m.

Oddly enough, despite all of the uncertainty surrounding the US federal budget because of the impending election, bookings in the Federal unit of VMware were actually up year-on-year. Japan and China drove sales in the Asia/Pacific region, with China, India, and Korea turning in record quarters. Brazil and Mexico were the big growers in the Americas region, and that is saying something considering the growth VMware turned in for the US.

Pat Gelsinger, the new CEO around them-there virtualized parts after a stint running the storage biz at VMware parent EMC, didn't have much to say on the call, but said that it was "a solid quarter in a tough economic environment."

He also said that the feedback on the vCloud Suite pricing, where VMware has removed the VMware memory tax if you buy all the parts as a bundle, was "resoundingly positive" and that VMware saw "a large portion of the company's growth coming from vCloud Suite." VMware is expecting a big quarter for ELAs for vCloud Suite, but not enough to make up for the lost eight weeks of sales for vSphere comparing 2011 to 2012.

Looking ahead, VMware is understandably cautious considering some of the financials that IT vendors and those in other economic sectors have turned in over the past two weeks – and with many yet to report. The jury is still out on Q3, and therefore Q3, much less 2013, are vague.

Eschenbach said that VMware expects revenues in the fourth quarter will come in somewhere between $1.26bn and $1.29bn (how is that for a tight range?), which represents somewhere between 19 and 22 per cent growth compared to Q4 2011. Within that, software license sales in Q4 of this year will rise by 14 to 18 per cent, to $4587m to $605m.

What VMware can see is that it still has $3bn in deferred revenues and $4.4bn in cash, even after shelling out $1.4bn in the quarter to acquire Nicira and DynamicOps, as well as for capital expenses and share repurchases. It would be hard to find a company better able to weather any potential economic storm. Gelsinger has a knack for that.

Finally, VMware also has a new bean counter. Jonathan Chadwick, an executive at Cisco Systems for many years who was CFO at McAfee and Skype as well, is now the new bean counter at VMware. He starts on November 5, and now Eschenbach has a bit more free time to help run VMware. ®